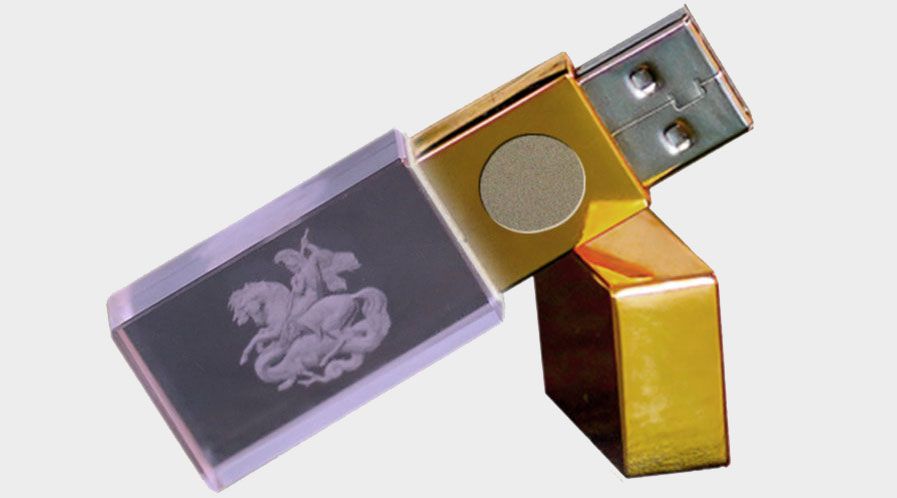 Your USB flash drive might hold a lot of files, but does it emit a “large number of life force frequencies favoring a general revitalization of the body, adjusting them according to the absorption capacity of each respective individual?” I didn’t think so.

It’s a safe bet it’s not equipped with a “wearable holographic nano-layer catalyzer” either. Or in layman’s terms, a very expensive sticker.

As reported by the BBC, a normal USB flash drive is being marketed as offering “full-spectrum protection” against 5G radiation. Called the “5GBioShield,” it costs $350 and is purportedly the result of “several decades of research” that will keep you and your family safe from the 5G cellular network standard (which hasn’t been proven to be unsafe).

Before you scoff at the price, consider that this USB drive apparently also protects you from other technologies, like cordless phones.

“Through a process of quantum oscillation the 5GBioShield USB Key balances and reharmonizes the disturbing frequencies arising from the electric fog induced by devices, such as laptops, cordless phones, Wi-Fi, tablets, etc,” BioShield says.

I’m not exactly sure what an electric fog is, but I do know is that this device is a 128MB USB drive, as a teardown analysis by Pen Test Partners reveals, and the product FAQ states as if such a thing is hard to come by.

“This is a REAL USB key!” reads the FAQ. “It protects, AND it informs at the same time. You will find a Master File explaining the basics of this technology… and you can load other informative files as well if you wish.”

That’s probably the only true claim involved with this device. It is nothing more than a generic $6 USB drive with what looks like just a “regular sticker” inside.

“Now we cannot say this sticker does not have additional functionality unused anywhere else in the world, but we are confident you can make up your own mind on that,” Pen Test Partners stated. “Digging further into the device, there appeared to be no electrical or other connections between the device and the ‘sticker’ and also no additional components other than the USB stick.”

According to the BBC, Tony Hall, one of the nine members of Glastonbury Town Council’s 5G Advisory Committee, endorses the device.

“We use this device and find it helpful,” Hall said, adding that he “also felt a ‘calmer’ feel to the home” with the 5GBioShield.

Earlier this month, Business Insider reported that arsonists set ablaze 77 cell phone towers in April because of conspiracy theories about 5G internet, one of which claims that it messes up the immune system making it easier for the coronavirus to spread. There is no connection between 5G and the coronavirus.

BioShield has sold enough of these flash drives that they are now on backorder.