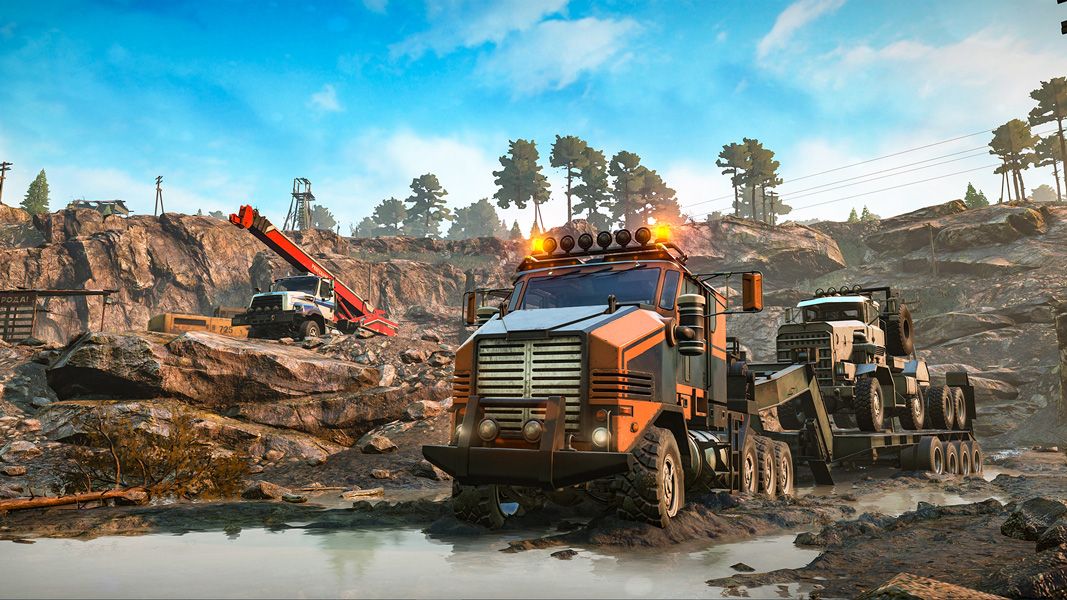 SnowRunner, the chilly successor to Spintires and MudRunner, has received a new map in its latest update, the Rift Update.

The new map is found in the Taymyr region, predictably called Rift. What it lacks in snow it makes up for in verticality, featuring stark cliffs that need to somehow be manuevered. However, this doesn’t fix my biggest issue with SnowRunner, which is that only one of the three regions currently in the game features the snow promised in the title. Having yet another muddy map feels like it’s kind of missing the point of the game, somewhat?

Fortunately, the update features more than just the map, it also features a huge number of quality of life improvements and bug fixes to basically every area of the game. The UI has been adjusted, an annoying bug that saw the terrain simulation (the defining feature of the whole series) just stop has been fixed, regions can now be swapped when playing co-op with a buddy, and various graphical elements have been improved too.

As an important side-note, on loading the new update you may notice your previous saves are inaccessible. This is a known issue and a fix is in the works, but if you’re impatient and need that Rift-y good ness right now, you can re-enable your save manually (via RockPaperShotgun).

SnowRunner is great, even if it sometimes struggles to stand out from MudRunner. It’s a game where every victory is small, but hard-earned. Spending 15 minutes trying to move just a couple of metres may sound frustrating on the surface, but when you’re in the driver’s seat firing off winches to any tree within range, every centimetre feels like a hurdle you’ve overcome. I really hope the next update expands on the snow, but Rift still looks like an interesting map to wade through, nonetheless.

For full patch notes, check this post on the Focus Home Interactive forums.