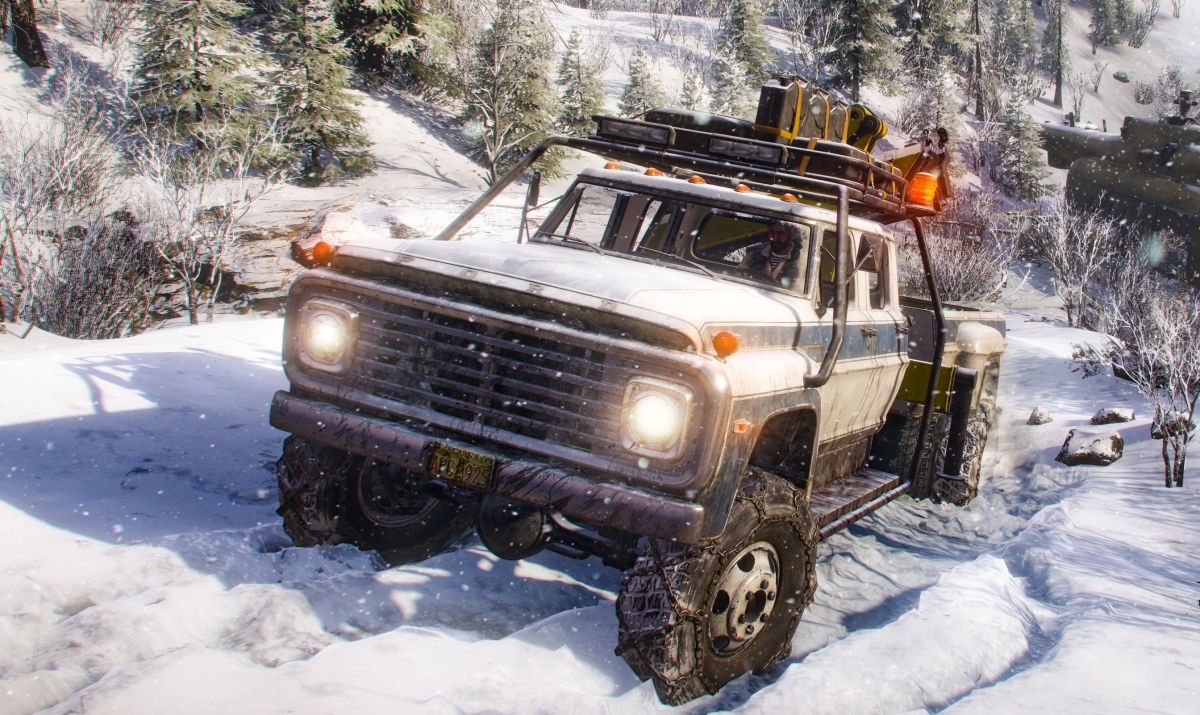 Snowrunner is getting stuck into a bit of archaeology next week. The cold, muddy sim is about to get its first big update, accompanied by the first season pass offering, sending hardy off-roading types in search of a downed World War 2 bomber plane.

If you own the season pass or Snowrunner Premium Edition, you’ll be able to head to a new Russian region, containing two snow maps, where you’ll begin your archeological adventure. It’s a nice change from lugging around cargo and helping lorries get unstuck. You’ll also be able to get your hands on a pair of new vehicles and more skins, and you’ll be able to start customising interiors.

For those still making their way through the base game—it’s pretty big—you’ll still be able to enjoy some new stuff without shelling out for the DLC. Along with new missions, you’ll get your hands extra modding tools that will help you create your own maps and cosmetic items for your vehicle’s interior. Some of the DLC additions will be available to you, as well, but only while in a group with a friend who already owns it.

Snowrunner Season 1: Search and Rescue is due out on July 15, and while you wait you can gawk at some fetching screenshots. For a game about going to war against mud and ice in big, squat vehicles, it sure is pretty.