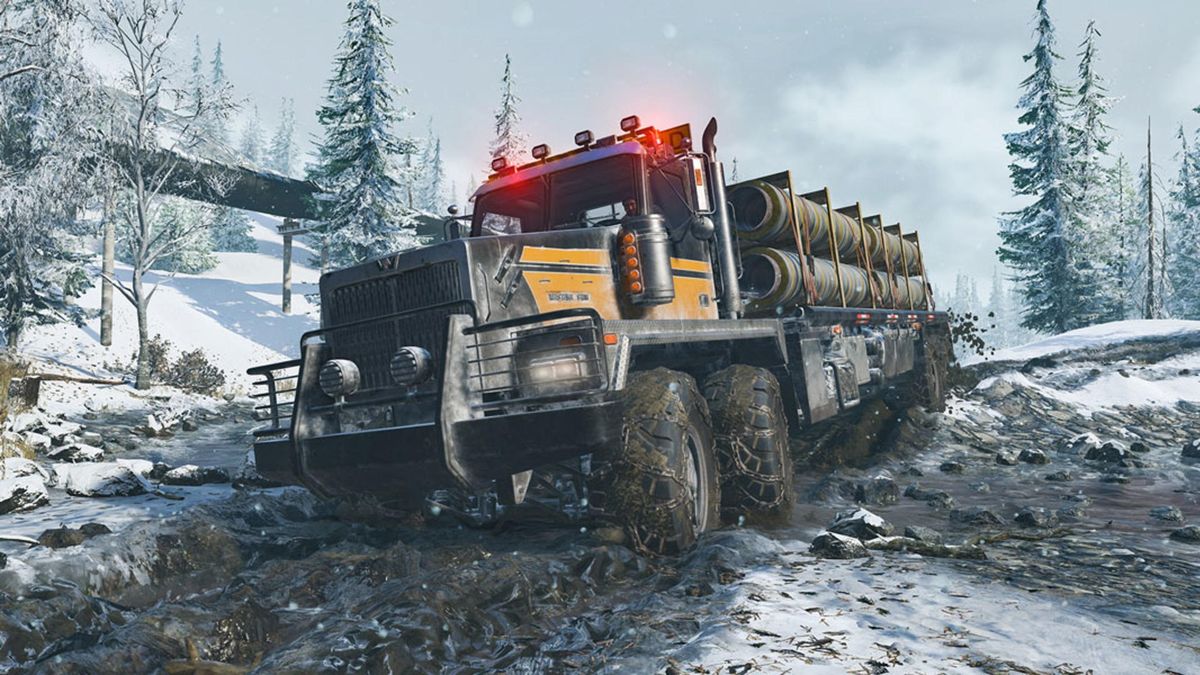 Snowrunner, the sequel to Mudrunner, is a driving simulator set in super-harsh off-road environments in the US and Russia, with vehicles ranging from classic pickups and 4x4s to massive commercial and industrial rigs, and even a few military machines. A new trailer released today showcases a number of them in action, and also digs into what exactly it is you’re doing out there in the middle of that rugged wilderness, and what you might see as you explore.

Snowrunner features multiple maps covering three different regions that collectively add up to more than triple the real estate available in Mudrunner. Each map has different contracts and activities to complete, with no checkpoints or preset routes: What you do and how you do it is entirely up to you. The in-game store offers 40 different vehicles to drive, from “scouts” to heavy haulers, each with customizable engines, gearbox settings, suspensions, tires, and more.

As you progress deeper into the game, you’ll unlock new regions and landmarks, some of which will have a direct impact on the game world. Stick with it and you’ll eventually reach Snowrunner’s end-game content: Lucrative contracts that span multiple maps, requiring careful planning and resource management to complete.

I don’t imagine I’ll ever reach that point myself, I’m too easily distracted, but there’s something vaguely romantic about the prospect of grinding gears through the thickest mud on the planet that really appeals to me. Andy Kelly can have the big rigs on the open highways; I’ll happily take mucky crawls through the Siberian steppe.

(Actually, I imagine he’ll be quite interested in Snowrunner too: He was a big fan of the physics and mud in Spintires, the original iteration of Mudrunner, but complained in his 2014 review that “its scope is incredibly limited, to the point where it feels like an Early Access release.” It doesn’t appear that Snowrunner will suffer from that kind of limitation.)

Snowrunner is set to roll out on April 28, on the Epic Games Store.