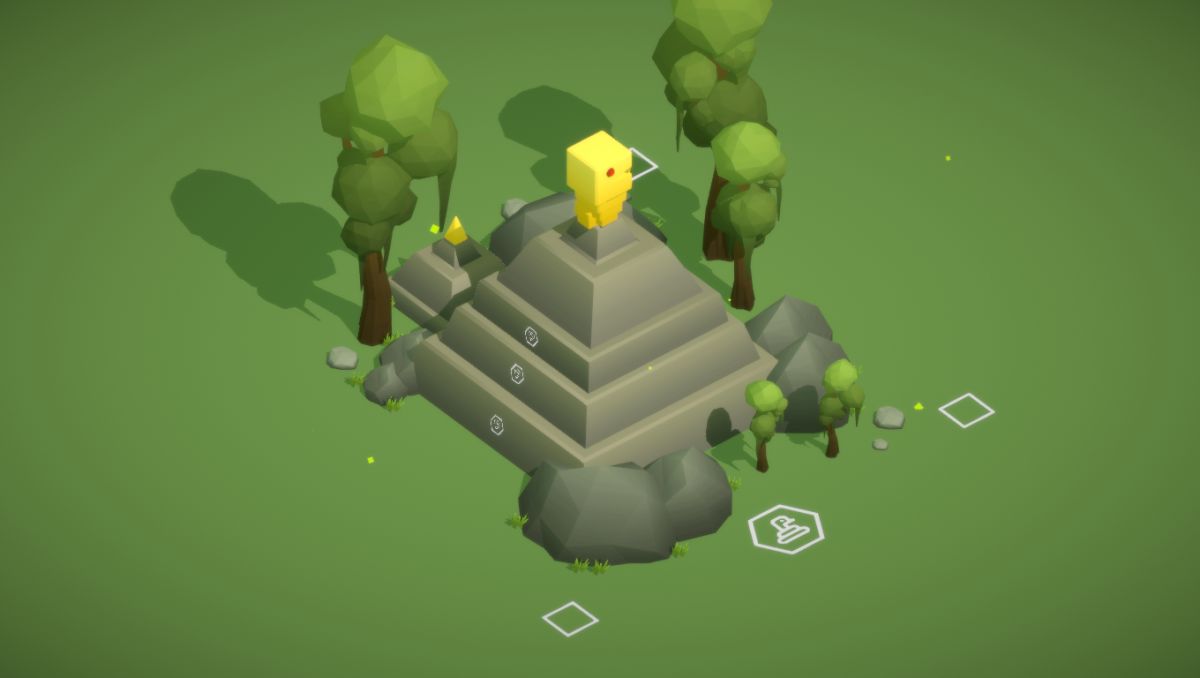 There isn’t a puzzle in the world that can’t be ‘solved’ by manhandling the thing in question, either by ripping open a Rubik’s Cube or taking a pair of scissors, and some glue, to a jigsaw puzzle. Very occasionally, wanton prodding is the intended process for solving it, as it is in the lovely Sizeable: a game of futzing about with beautiful scenes, to see what happens.

In this free, four-level demo (there’s no ‘full’ game available, but “more levels may be added to the demo in the future”, says developer Sander Ambroos), you’re given the godlike power to make things bigger, or smaller, by cycling your mouse wheel, which you’re gonna need by the way. You can also pick things up and move them around, and it’s by combining these two powers, in a variety of ways, that you’ll solve the included puzzles. Ultimately, in each stage you’re trying to find a number of pillars, and place them at designated spots around the world, at which point you’ll be taken to the next handsome, low-poly environment.

It’s not that difficult once you get to grips with it, although I did find the first, tutorial stage surprisingly tricky to figure out. I could certainly go for more of this serene, distracting game, which delights with its little surprises and its rewarding animations.