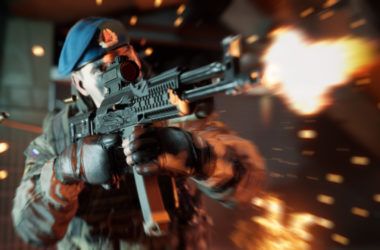 Modern military shooter World War 3 will be revamping and expanding with backing from a new publisher, says development studio The Farm 51. The Farm 51 will partner with global publisher MY.GAMES, known for the shooter Warface, on World War 3, though The Farm 51 has emphasized many times since announcing the partnership that they will retain creative control over what goes into the game. MY.GAMES will assist with publishing, marketing, community management, customer support, and backend infrastructure for World War 3.

As part of the game’s overhaul before relaunch World War 3 will halt sales on Steam. Players who have purchased the game already will still be able to play it. Neither The Farm 51 nor MY.GAMES have confirmed that there will be a change in the game’s pricing model, or if the game will become free to play, only that “details of the distribution model will be revealed later in 2020.”

Developer and The Farm 51 co-founder Kamil Bilczynski issued a statement last month about the partnership: “Our collaboration with MY.GAMES ensures that we can take a truly global approach to publishing World War 3, while remaining faithful to our original vision for the game as we work to enhance its core gameplay, polish mechanics, and push the boundaries of the overall scale of the project.”

A developer log has detailed the extensive changes due to be implemented before the game’s 1.0 release. New maps, strikes, and weapons will be implemented alongside an entire Asian theater of war with its own accompanying gear. There will also be an entirely new movement system. New UI and HUD elements will accompany a new progression system. Players will also get the ability to switch out weapon attachments in real time, rather than being fixed to loadouts changed between matches.

We called World War 3 “a more hardcore Battlefield” at its Early Access release, noting that a few issues held back the shooter. Overall, it was a promising launch though. The community agreed, and the game was popular through the end of 2018. Since then it has had a problem retaining the large active player base its scale asks for. Nevertheless, The Farm 51 has continued consistent updates for the game since 2018.