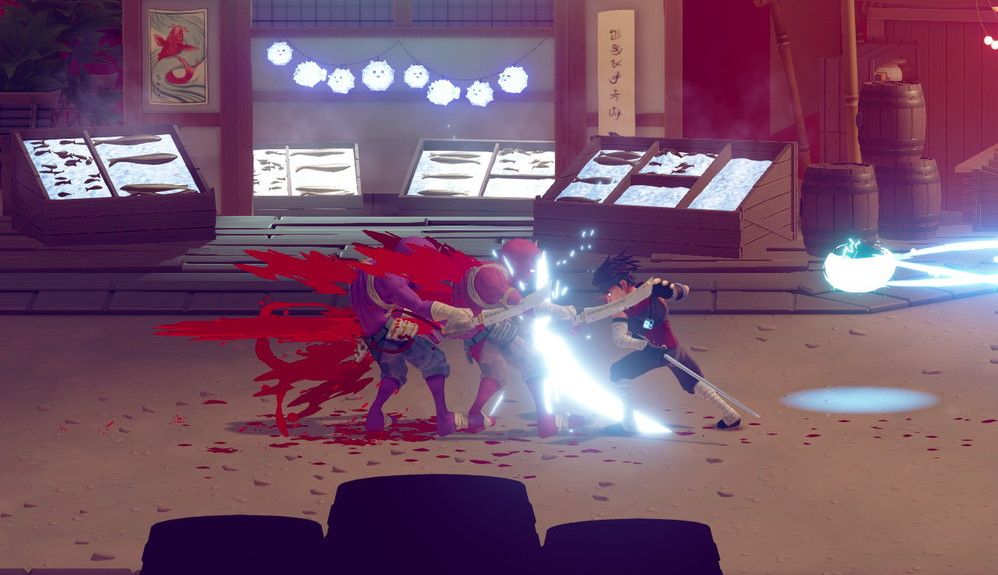 A new dev diary for the side-scrolling beat-em-up Shing! explores how the developers are working to modernize and expand the genre, without making it overly difficult for newcomers to pick up and play. Developer Mass Creation also revealed the release date today, announcing that the game will be out on August 28.

What makes Shing! stand out from other games of similar style is that it eschews buttons in favor of a two-stick scheme: The left analog stick moves your character, while the right performs attacks. There are also no preset combos—you simply string moves together based on stick movements instead. Characters can be swapped on the fly too.

The approach to Shing!’s visual style is very interesting too, as the developers have put a priority on clarity over attempting to emulate a 3D look in a 2D space. Characters move up and down on the screen as well as left and right, but their size doesn’t change to reflect distance and perspective, and attacks that aren’t quite in line will automatically “snap” to the target.

The goal is to allow visual complexity without sacrificing clarity: Even though Shing! isn’t limited by 2D sprites as beat-em-ups used to be, doing it this way “makes the action way easier to read,” game director Grzegorz Kurek explains in the video.

Shing! supports solo play, as well as local and online co-op for up to four. It’s available for wishlisting on Steam, and you can find out more at mass-creation.com.