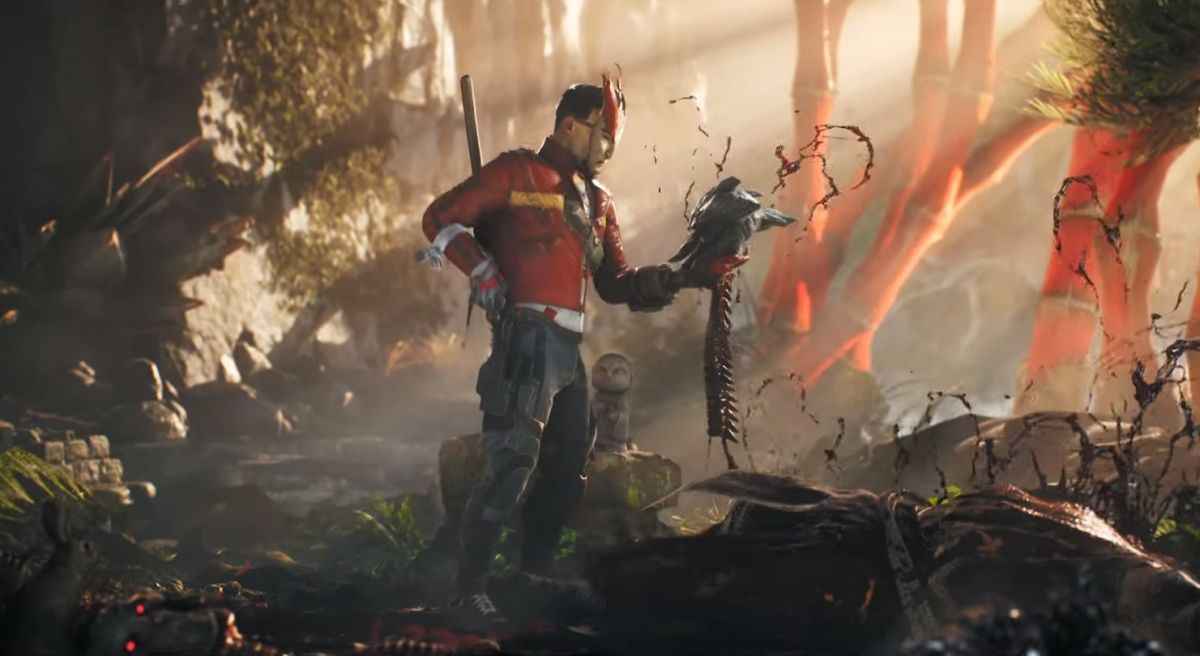 The Shadow Warrior 3 teaser that was teased by the pre-teaser teaser—videogames are weird—is out now, hosted by demon-killing protagonist Lo Wang. There’s no in-game footage, but the cinematic has all the blood, dying demons and shitty jokes that you’d expect. This time there’s also a grappling hook. Take a look above.

James called its predecessor a “thrilling looter shooter that nearly makes up for its bad jokes with a comically advanced gore system” in his Shadow Warrior 2 review. The gore really is spectacularly absurd, letting you hack up enemies with gruesome precision.

Expect to leave behind a lot of big messes this time, too. The teaser shows off a lot of over-the-top violence, with body parts being sliced off and holes being punched through torsos, though all of that’s stuff you could do in Shadow Warrior 2. The grappling hook is new, though, and is always welcome in any game it appears in. No game has been invented that wouldn’t benefit from a grappling hook.

Shadow Warrior 3 pits Lo Wang and his sidekick Orochi Zilla against yet more demons as they attempt to recapture an ancient dragon bent on bringing about the apocalypse. It’s also their fault that it’s out and about in the first place. To do that will  require a lot of bullets and blades, and a bit of exploration.

To see what else is being thrown into the sequel, you’ll need to wait until the gameplay trailer appears on July 11, during Devolver Direct.