Serious Sam 4 threatens to put 100,000 enemies on your screen at once 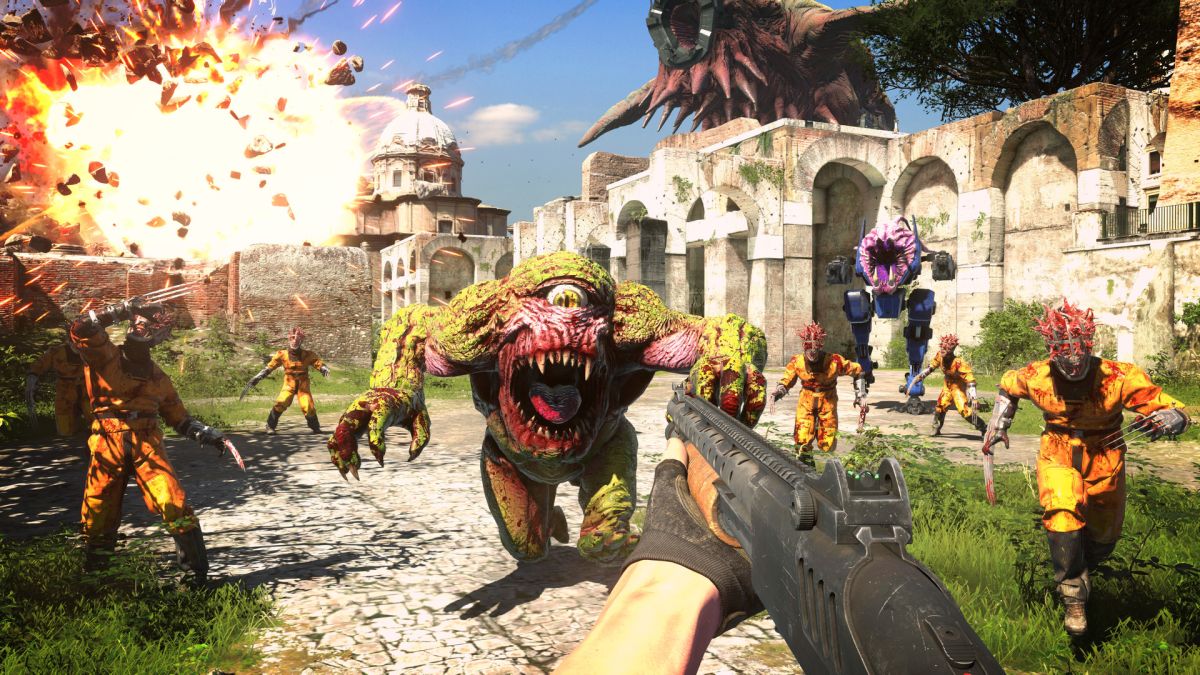 Doom Eternal adds so much more stuff to the familiar demon-blasting formula than I ever expected: mods and upgrades and runes and gadgets and special moves and first-person platforming and wow, it is a lot. Serious Sam 4, based on a series of short new videos that dropped today, will take the opposite approach when it arrives in August, by sticking very closely to the tried-and-true ridiculousness of the previous games.

Which isn’t to say there won’t be more, but it will come in the form of enemies rather than systems. Croteam’s new “Legion System” is a “nice trick,” graphics engineer Dean Sekulić says in the video below, that enables “thousands and thousands, hundreds of thousands” of enemies on the screen at one time.

“This is one of the systems we actually developed for Serious Sam 4,” he explains. “We have some levels that we’ll actually be able to populate with this many enemies. We were really pleasantly surprised with how fast it can run, because originally we were hoping for like 10,000 enemies, and now we’ve hit an order of magnitude more.”

The new game will also feature new weapons and enemies, and it looks like most of the familiar friends and firepower will be returning as well. And addressing a common complaint about the relatively slow start of Serious Sam 3: BFE, which opened with several levels of conventional machine-gun action against relatively normal, human-like enemies, Sekulić said that Serious Sam 4 will “go with full Sam from the beginning.”

It’s a very old-school approach to shooter design, but after 20 years—the original Serious Sam came out in 2001—it’s both expected and, I think, exactly what fans of the series want. Monkey bars and glory kills are fine, but sometimes you just want to hold down the trigger and yell.

The one spot of bad news amidst all of this is the title: Croteam has, for some reason, dropped the wonderful Planet Badass subtitle. I am legitimately bummed out by this development—I cannot imagine a more perfect Serious Sam game title, and it amazes me that they’d let it go.

Serious Sam 4 is slated to comes out sometime in August. While you wait, you can pick up the other games in the series on sale for up to 90 percent off on Steam.