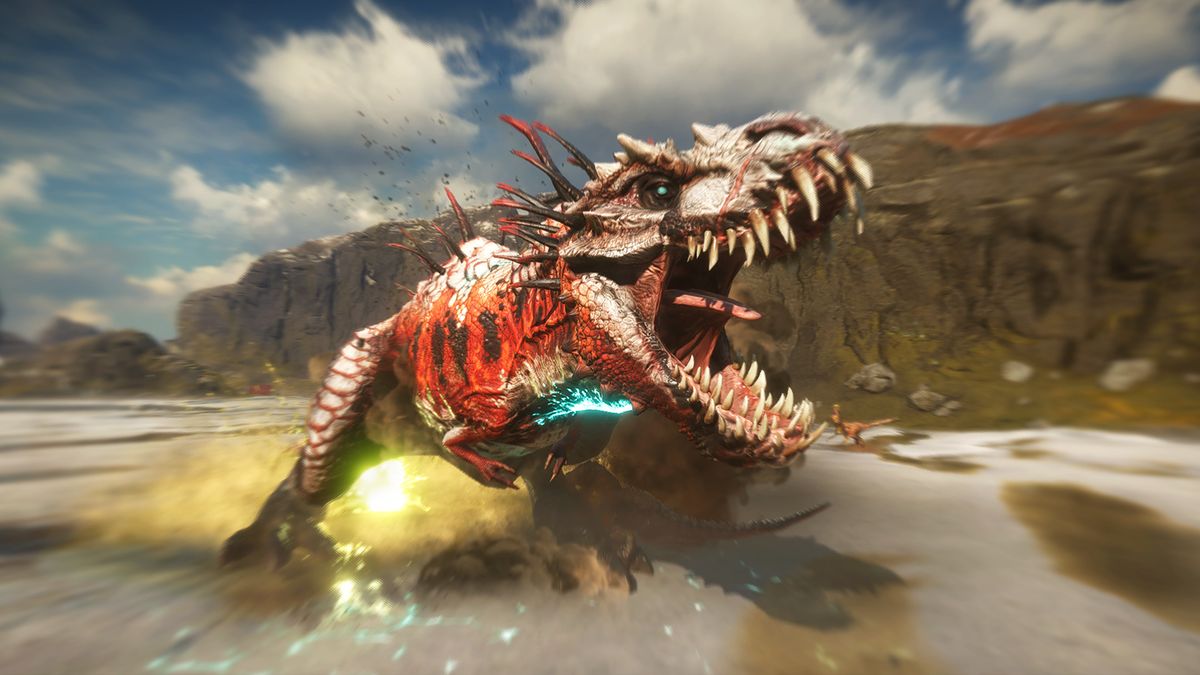 Generation Zero is a co-op FPS for up to three players about humans fighting to survive against hordes of hostile robots that have overrun Earth. It was developed as a side project at Avalanche Studios, and while it wasn’t great it did well enough to justify spinning off the development team into its own standalone outfit, called Systemic Reaction, which teased its first game (under that name) back in March.

That game was revealed during today’s Inside Xbox livestream as Second Extinction, and it’s possible that you might find it a little familiar, beyond the obvious Turok ambiance: It’s a co-op FPS for up to three players about humans fighting to survive against hordes of, not robots this time, but dinosaurs. And not just the regular, everyday dinosaurs that we know and love, but mutant dinosaurs, like electric raptors and T-rexes that are even bigger than regular T-rexes. And the regular ones are pretty big to start with, let me tell you.

Instead of huddling in Swedish caves, the last remains of humanity in Second Extinction have fled to safety in space, from where they launch guerrilla strikes against the reptilian overlords. And instead of worn shotguns and bolt-action rifles from the ’70s, players will have access to unique weapons and abilities that will deliver “explosive results against overwhelming opposition in challenging set piece engagements.”

It’s also planned as a long-term live game, with a game world that will change over the course of time. “Together with the rest of the community, your actions will shape the course of the war against the dinosaurs,” the Steam page says. “Stay tuned, to see how you will make a difference in the coming war.”

A release date for Second Extinction hasn’t been set, but a closed beta is expected to run sometime this summer. You can sign up to take part at secondextinctiongame.com.