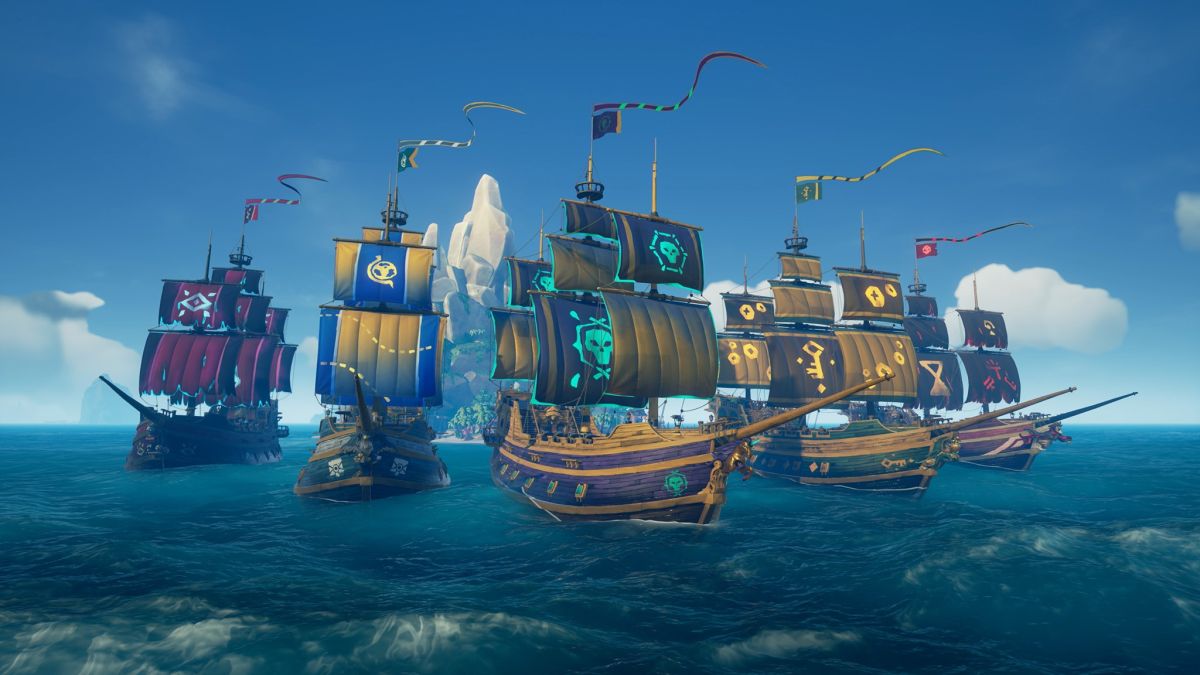 Pirates, as always, are gonna pirate—even from other pirates. But a continuing issue in Sea of Thieves is that the pirates most likely to fight each other on the high seas are pirates that have very little to lose.

Fighting other ships in Sea of Thieves is almost always fun, but it’s not something most players are interested in doing when they’ve got tons of loot on board: zyhey typically want to safely sail to the nearest outpost and sell their chests and trinkets before getting into ship-to-ship combat. In most ship battles I’ve been in, when the smoke clears and the enemy ship has sunk, there’s typically very little loot floating to the surface.

“Unpredictability is a big part of Sea of Thieves, but the ships are very much complete mystery boxes,” said Mike Chapman, creative director on Sea of Thieves, when we talked earlier this week. “It’s not until we’ve done a release and there’s a particular high value voyage that everybody’s doing, where you feel a bit more confident that they’re going to have something of value on board.”

It can be disappointing to come away with nothing of value after a long battle, but the new Emissary system in Sea of Thieves’ Ships of Fortune update means taking down another ship, even one without loot on board, won’t leave you empty-handed.

The new Emissary system lets players sign up to represent one of five factions: Gold Hoarders, Order of Souls, Merchant Alliance, Athena’s Fortune, and a new one: The Reaper’s Bones. Sailing under a faction’s banner will give you a better payout for loot and completing voyages will increase your Emissary Grade. Importantly, sinking another Emissary ship will pay off your crew even if there’s no loot on board.

“Emissaries gives you that guaranteed reward for PvP,” said Chapman, “so it works on that level. If you’ve got loot on board, of course, that also floats the surface, but if you sink the ship, this broken emissary flag floats to the surface. And that flag’s value is reflective of what those players have done. So if they’ve done a bunch of stuff and increased their Emissary Grade, that flag is even worth more to you.”

Players will be able to tell how much the flag is worth even before combat: The pennant flapping on the top of the Emissary ship gets longer the more accomplished the crew is, so at a glance you’ll be able to tell if you’re tackling a worthy, high-grade crew or a bunch of Emissary rookies who might not be worth the effort.

The Sea of Thieves Ships of Fortune update is live now. It includes not just the Emissary system but also new premium pets—cats!—and a new system for reviving fallen teammates. You can read more about it here.