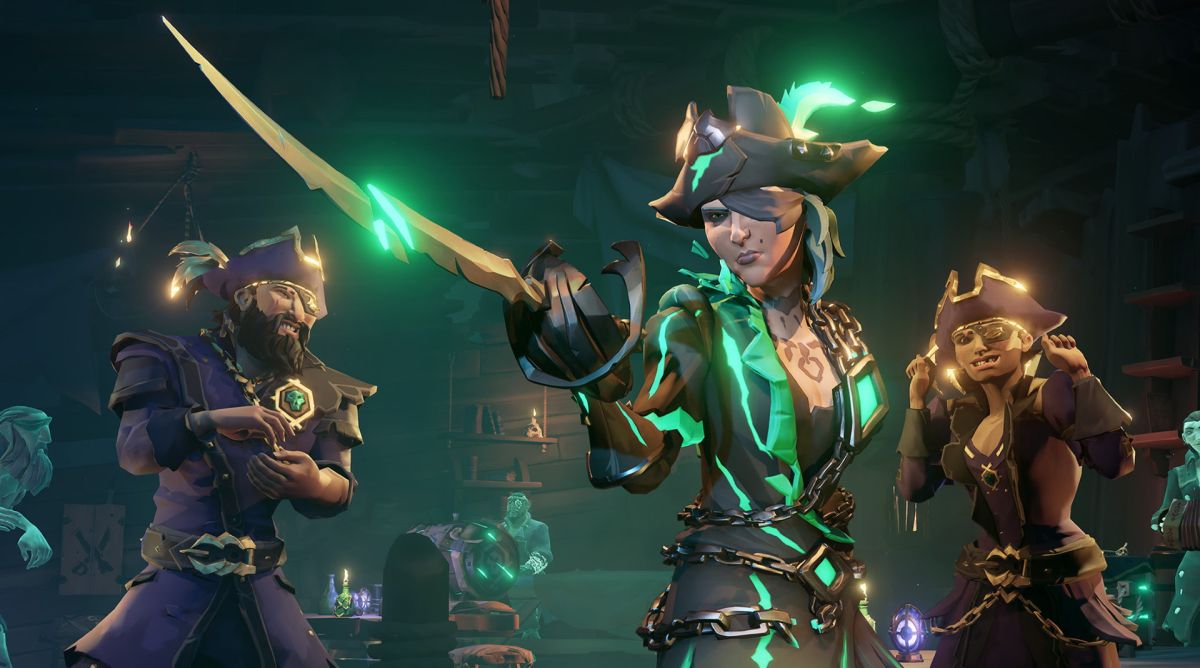 One of my favorite things about Sea of Thieves is doing Tall Tales, the complex, multi-part adventures that collectively make up the game’s narrative backbone. One of my least-favorite things is that they can’t be saved midpoint: If you quit before you’re finished, all progress and rewards will be lost. That’s not great for players who can’t afford to sink hours at a time into a single session, especially when it comes to a few of the boss fights, which can be a massive hassle.

Thankfully, the new Lost Treasures update has finally done away with that aggravation by adding checkpoints, which will enable you to bail out midway through an adventure and then come back to it later. New Tall Tale tooltips on the map will also improve life on the high seas by making it easier to stay on top of where you’re going and what you’re doing.

Lost Treasures also adds daily bounties, with gold and doubloon rewards that will vary based on the difficulty of the task: Maybe you’ll have to kill some skeletons, or maybe you’ll just need to get drunk and vomit on the floor. (Developer Rare noted that the daily bounty reset time in the video is a bit off: It’s actually 12 am UTC, which works out to 1 am BST/5 pm PDT the previous day.)

New regular events will also make it easier to earn money: Every day between 10 and 11 am PT, and 6 and 7 pm PT, players will earn extra gold for cashing in loot, and every Friday will feature Fort Nights (clever), with increased rewards for stronghold items found in forts.

New time-limited events are also on the way. Players can earn ancient coins by turning in Ruby Splashtails to Hunter’s Call, while the Reaper’s Bones is offering bonus rewards, including new emotes, for Reaper’s Chests and Bounties. Beginning on June 10, a new Blighted ship set will also be available to players who can complete the multi-trading-company Blighted Bonus event, inspired by the zombie survival game State of Decay. All of the ongoing events can be followed on the new Sea of Thieves event hub.

The Sea of Thieves Lost Treasures update is live now, and full patch notes are available at seaofthieves.com. And in case you hadn’t heard, Sea of Thieves will finally debut on Steam on June 3.