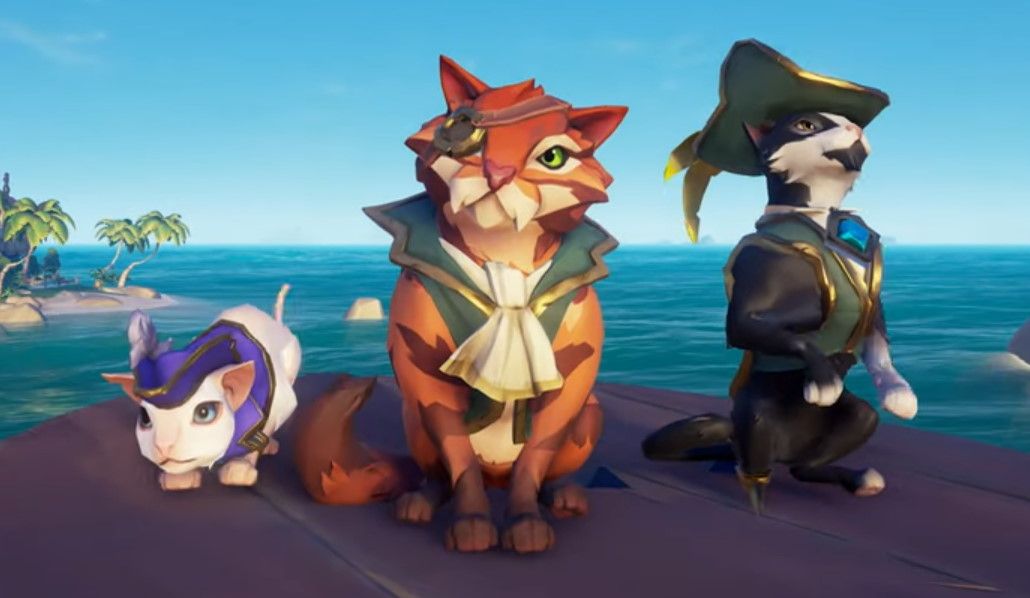 Brands: They surround us, they lead us, they define us. And in that spirit of corporate cheerleading, the next Sea of Thieves update, Ships of Fortune, will give players the opportunity to fly the flags of their favorite in-game trading companies—the Gold Hoarders, Merchant Alliance, Order of Souls, and Athena’s Fortune—and, naturally, earn increased rewards and unique cosmetics for their service.

As an accredited Emissary, players can advance through five Grades by accomplishing tasks relevant to their company of choice: Gold Hoarder Emissaries will want to find and turn in treasure chests, for instance, while the Order of Souls has a thing for skulls. The higher your Grade, the greater your reward multiplier when you turn in your haul. Company-specific cosmetics will be available, and new Titles can be earned via the competitive Emissary Ledger.

All of this gold and glory isn’t without risk, however. As an Emissary, you’ll be expected to advertise your affiliation, which will also broadcast the likelihood that you’re heavily laden with treasure. But the real problem comes in the form of a new trading company, The Reaper’s Bones, whose Emissaries fulfill their missions by taking Emissary flags from all the other companies. The Reaper’s Bones are headquartered in The Reaper’s Hideout, the previously uncharted island where the Masked Stranger has been getting up to… something.

The update also brings into being the changes to the PvP Arena that were announced in March, including the removal of old treasure maps, a single cash-in location, and reduced battle times.

And perhaps most important of all, there will be cats: Three breeds of cats—the scruffy Wildcat, fluffy Ragamuffin, and slinky Mau—will join the monkeys and parrots as premium-priced pets in the Pirate Emporium. Each breed comes in a variety of colors, and of course you can dress them up in a number of different outfits as well.

Sea of Thieves: Ships of Fortune will go live on April 22.