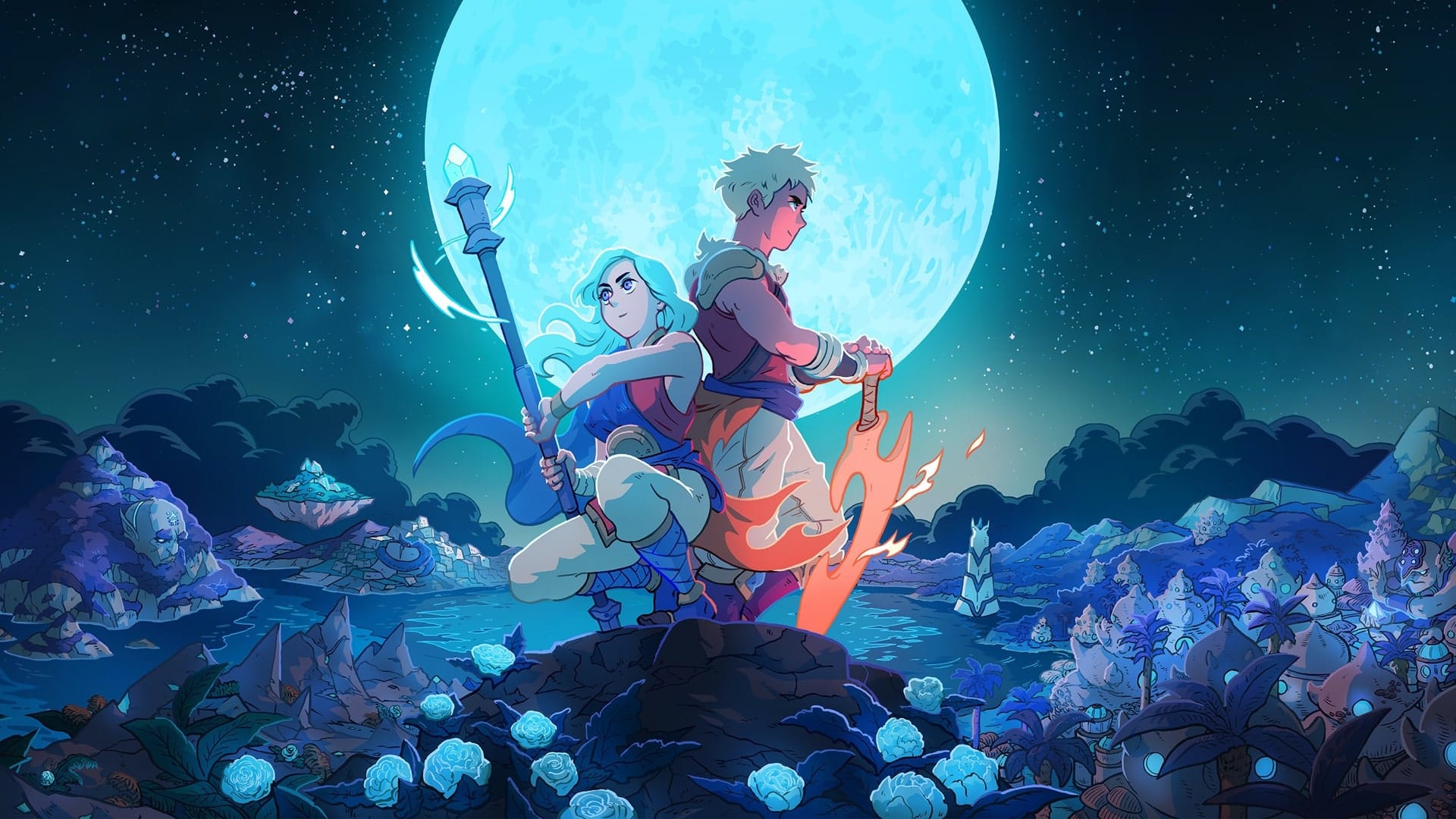 If you’re a seasoned turn-based RPG player, you know that RPGs from the ye olde days aren’t exactly a walk in the park compared to more modern ones. They’re grindy, have tons of obstacles in the way, and worst of all, they have random encounters. Sea of Stars, however, is a game inspired by the classics but promises to get rid of all that pain. 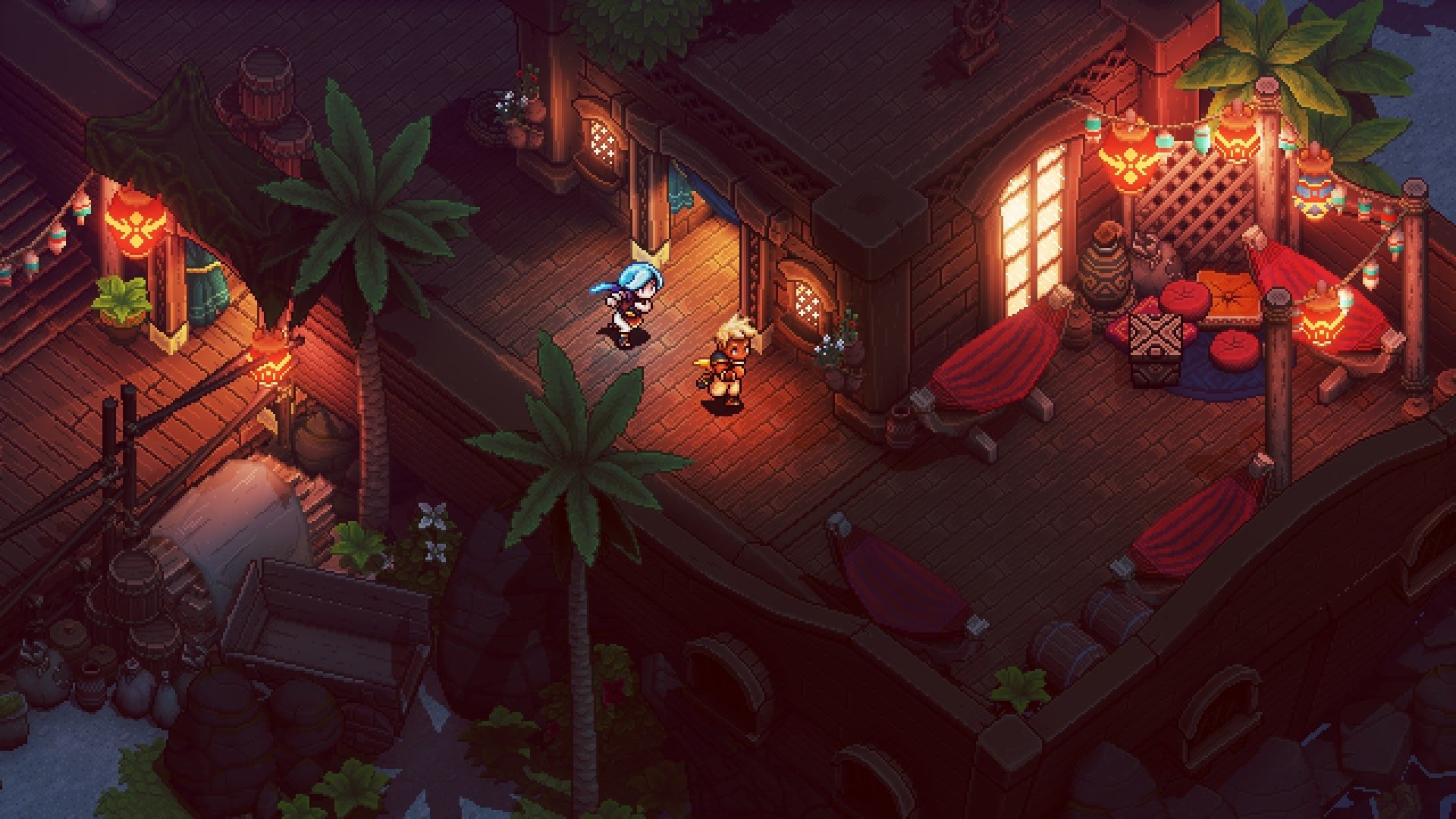 Taking pages from games like Chrono Trigger and Super Mario RPG, Sea of Stars takes place in a top-down style pixelated world. You play as solstice warriors, Valere and Zale, and harness the powers of the sun and moon. Accompanying you is Valere and Zale’s best friend, Garl, a non-magical but strong warrior and cook-in-training. Together, you must use Eclipse Magic to fend off the creations of the evil alchemist, The Fleshmancer.

Honestly, Sea of Stars has no right to look this good. Its pixel art is already drool worthy, but the dynamic lighting makes the game incredibly ambient. It’s akin to HD-2D games such as Octopath Traveler and Triangle Strategy, but it’s even better as the game includes day and night cycles, weather patterns, eclipses, and even blood moons, all to which the lighting will react to. 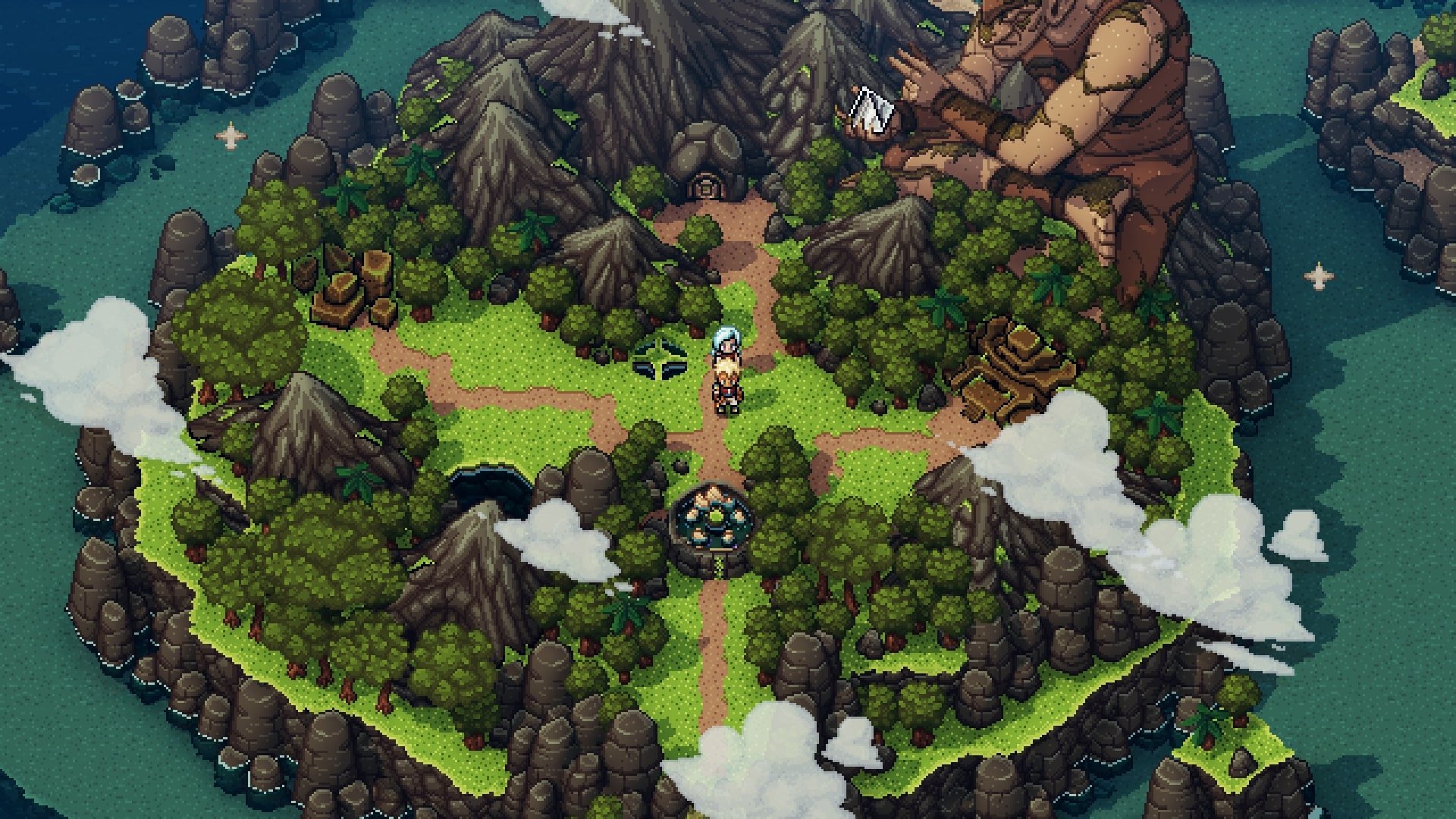 Traversal in Sea of Stars isn’t bound to a grid, unlike most top-down style games. You can skip and hop onto other surfaces, jump off high ledges, and swim across bodies of water, making for exploration that’s much more exciting. There are also a ton of other activities such as cooking, fishing, sitting down at a tavern, or even playing a game of “Wheels” a tabletop game that’s infamous in the world of Sea of Stars.

In terms of combat, you won’t randomly encounter enemies, and instead, everything is procedurally generated for more of a handcrafted experience. When it’s time to throw hands though, you won’t find yourself being teleported to a separate battle screen, and you just cut to the chase instead in the same spot you were. The combat is turn-based, but with a little flair thrown in. If you time your button pressing correctly, you can sneak in an extra bit of damage, as well as counter enemy attacks. 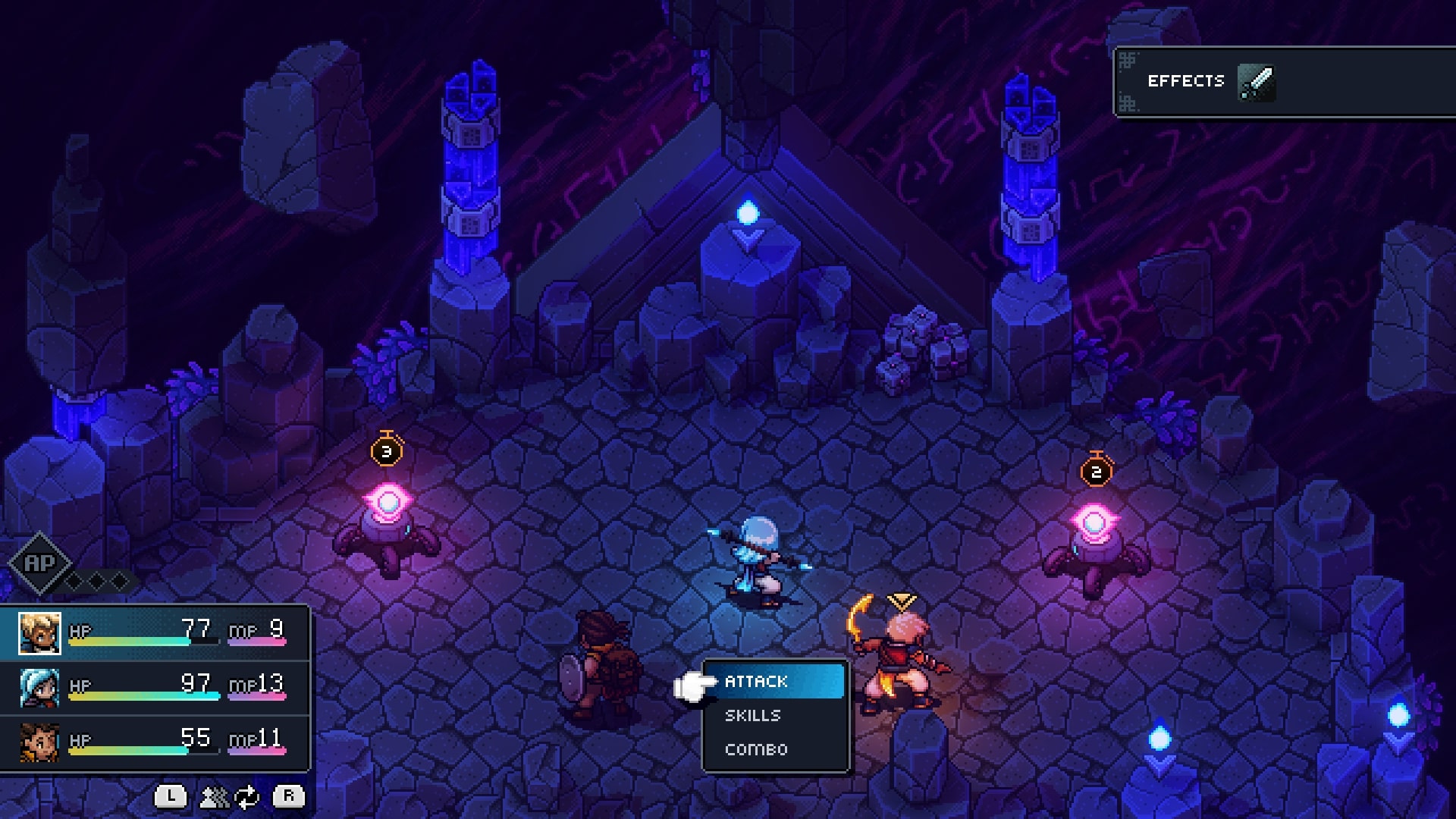 Another unique aspect about Sea of Stars is that your experience points are bound to the entire party rather than a single character. The number of XP required for the next level will always be 100, so grinding isn’t required at all. In fact, it’s discouraged. If you go back and look for enemies you’ve already defeated in an area, you’ll find that you only gain a little XP from them. Boss battles in the game are also more about having the right strategy instead of making sure your stats are high enough.

Of course, the game isn’t planning to skimp out in terms of its story. A high-fantasy about characters who have the power of the sun and moon? Classic themes of adventure and friendship? Dozens of original characters and their story arcs with some unexpected twists? Yes, please. The game will also feature a stellar (pun intended) soundtrack with Chrono Trigger and Xeno series composer, Yasunori Mitsuda as a guest composer. 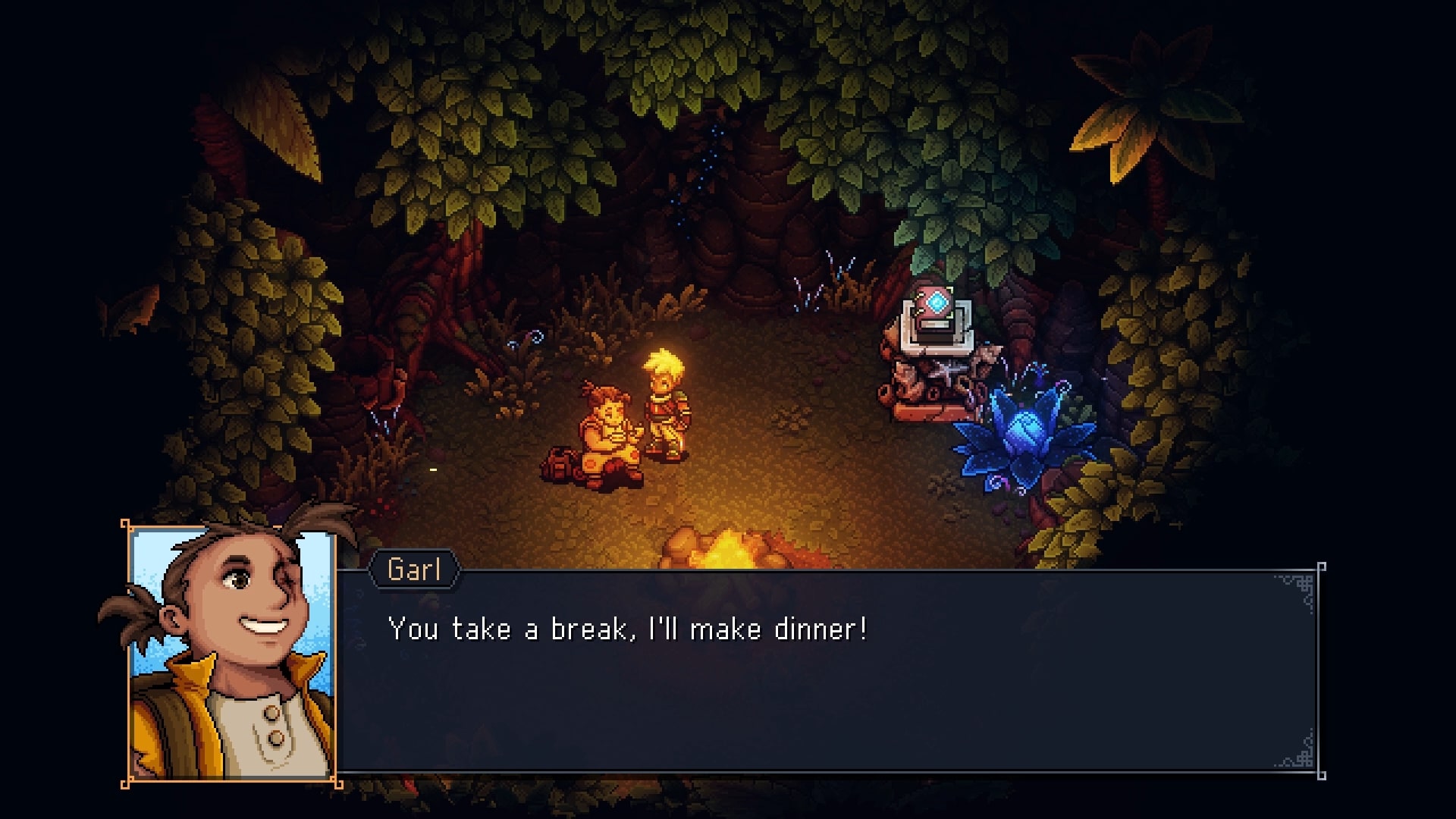 Hold your boats though, because it’ll be a while before the game’s out. Sea of Stars is setting sail in holiday 2022 and will be released on Steam and Nintendo Switch.