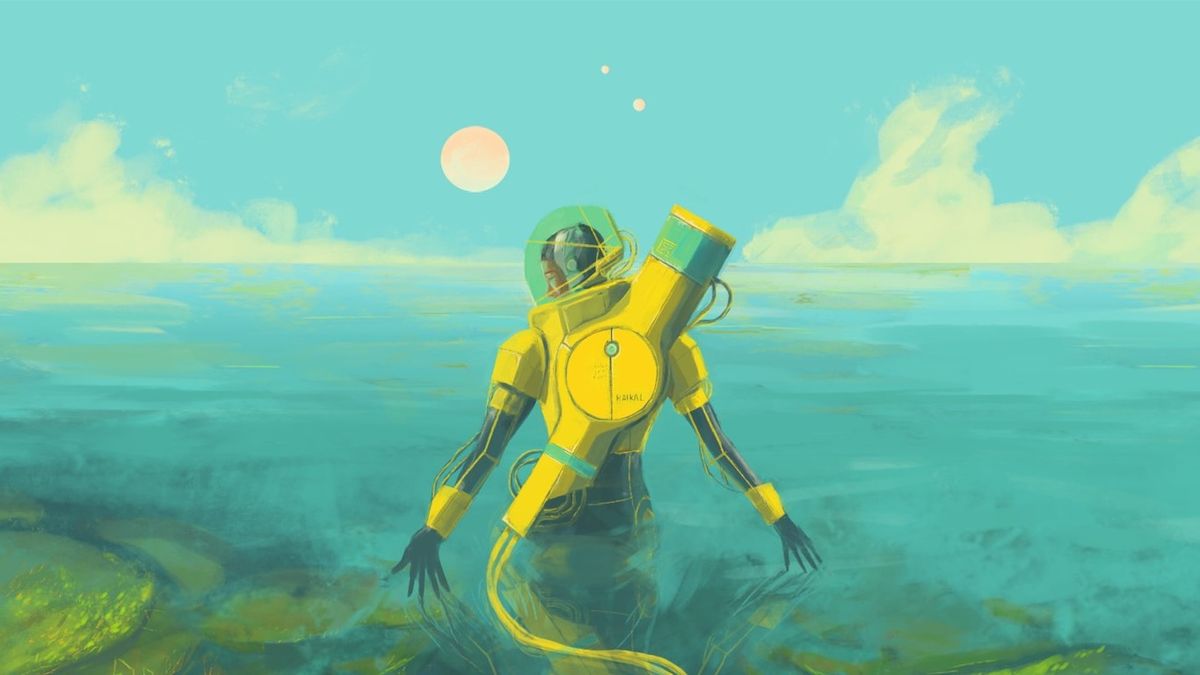 When I first heard about In Other Waters, I was immediately apprehensive. Subnautica was a beautiful but often incredibly stressful game, and making matters worse I’d just gotten around to playing Soma, Frictional’s game of horrific monsters and worse at the bottom of the ocean. In Other Waters isn’t like that, though: It’s a (mostly) tranquil tale of exploration told through a computer interface, maps, and a “warm synth soundtrack.”

In Other Waters is a “non-violent sci-fi story” about a xenobiologist named Ellery, who’s stranded in a mysterious alien ocean with nothing more than a malfunctioning diving suit and an AI helper. You don’t play as Ellery, though: You’re the AI, guiding and keeping her safe as she works to uncover the planet’s secrets and “dark history.” It doesn’t have the visual impact of a game like Subnautica, where monstrous sea-demons come out of nowhere to eat your face. Instead, it leans more on textual descriptions to build its world, as Rachel noted in her recent 80/100 review.

“[The] vivid descriptions of your surroundings are your only way of making sense of the world, bringing those lines and symbols to life. As we make our way through the landscape, a dot on the map speeds towards us and I immediately think it’s going to attack us, but Ellery calms my fears and explains that it’s only a friendly jelly-fish like a creature,” she wrote. “Where I only see jagged lines of rock outlines on the interface’s sleek design, Ellery says that we are standing on the edge of a vast underwater reef teeming with life.”

“Along with her visual descriptions, Ellery logs the species’ behaviors and gives observations and educated guesses about how they fit into the larger ecosystem. The writing is vivid to the point where it feels like I’m learning about a real ecosystem.”

In Other Waters is available on Steam for 10 percent off the regular $15/£12/€13 until April 10, or slightly more for the Xenobiologist’s Edition bundle, which includes the soundtrack and art book. For a closer look at what it’s all about, hit up fellowtraveller.games.