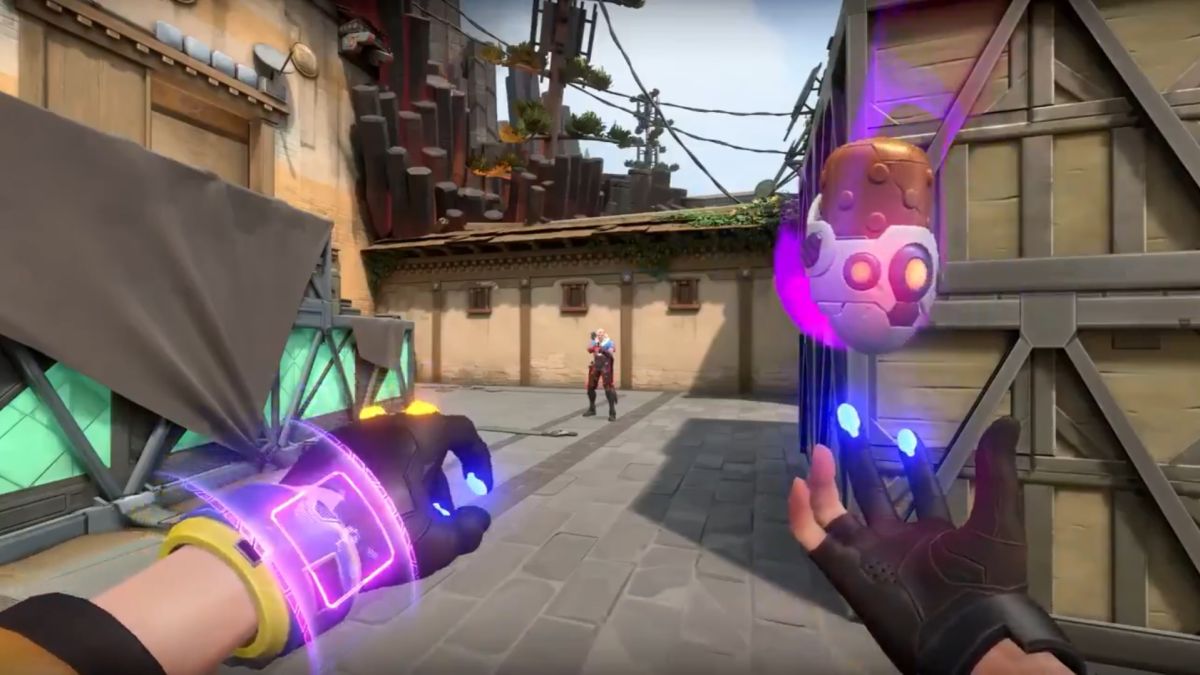 Thanks to someone at Riot tripping and pressing a big red button, we have our first official look at Valorant’s next agent: the turret-toting Killjoy. An introductory page written from Killjoy’s perspective was briefly live on Riot’s website with full explanations of their abilities.

The article also had embedded Youtube videos that would presumably show the abilities in action, but they were still set to private. Thankfully, Valorant data miner floxay went ahead and tweeted their own video showing off each ability.

In order of appearance, here’s every ability and its description on the now-removed Killjoy introduction page:

Those are some drastically different abilities than what we’ve seen so far in Valorant. As Riot continues to diverge from the modest toolkit of CS:GO, it’ll be interesting to see if a TF2-style auto turret will create more opportunities to score kills with abilities instead of traditional gunplay. Assuming the example videos are using standard health amounts, the turret doesn’t appear to do much damage. But it’s easy to see how it’ll be useful as a proximity alarm that can also weaken enemies in their next fight.

The other outliers here are the Alarmbot and Lockdown ultimate. I like the idea of the Alarmbot as a trap that can get you killed, but only when timed alongside someone peeking and dealing double damage. Its fairness will depend on how long the double damage effect lasts and how easy it is to spot the Alarmbot before it leaps on you.

Lockdown is fascinating because of the scenarios in which it will force enemies to push into Killjoy with a huge disadvantage. We can see that those under its effects move much slower, but I’m curious to see if it also has any Breach-like effects on accuracy or fire rate. Nanoswarm appears to basically work like a remote-detonated Molotov, which isn’t as flashy as a turret, but potentially potent against a coordinated push through a bottleneck like Haven’s Long A. If it’s cloaked as well as Cypher’s cyber cages, I think we’re in for some very disruptive abilities from Killjoy.

Killjoy will presumably drop when Act 2 of Valorant begins, which is likely very soon. Riot hasn’t given an exact date, but with the battle pass ending on August 4, next week is looking like a good bet.