Satisfactory is coming to Steam Early Access on June 8 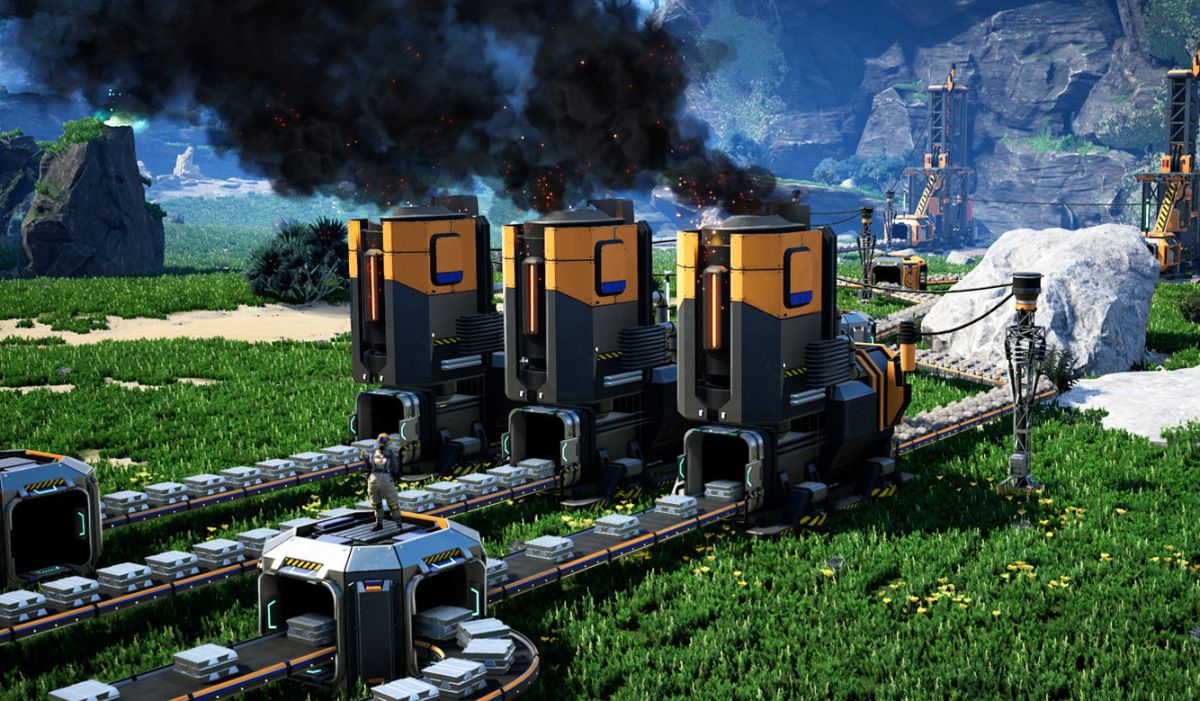 The first-person factory building game Satisfactory went into early access on the Epic Games Store in March, and did very well for itself, selling more than 500,000 copies in less than three months. In October, Coffee Stain Studios designer Nathalie Verwei praised the decision to launch exclusively on the Epic Store, saying that the financial security it provides means developers “can just focus on making a good game,” and that complaints about it come from “a loud minority.”

Still, there was never any doubt that Satisfactory would make its way to Steam eventually—Coffee Stain said so in February, for one thing—and today the studio announced that it will happen on June 8, for real and no fooling. (That clarification was apparently necessary because, as community manager Jace Varlet says in the video below, “we troll you guys a lot, but we’re not trolling you with the release date.”)

The Steam Early Access release was originally supposed to take place on June 2, but Varlet said that it’s “just not done” at this point.

“Folks who have been following us on Epic this entire time, they will know all too well that our release dates, they’re more like a guideline. We make our best guess, you guys, and often—more often than not, quite frankly—we miss the dates. Sorry. But we are doing our best, and the only reason we’re delaying is because it’s just not done. It’s not ready.”

As for why Coffee Stain continues to put out dates before they’re carved in stone, Varlet said it’s to avoid extended periods of “radio silence,” which would frustrate followers—and if people are going to be frustrated, they might as well at least have something to talk about. Coffee Stain doesn’t always stick to those tentative deadlines because hitting them would often require the development team to crunch. “We’re not going to crunch. It hurts our employees, and we have to think of our well-being,” Varlet said.

Satisfactory will be available at a ten percent discount on its regular $30 price when it debuts on Steam. To find out more, hit up satisfactorygame.com.