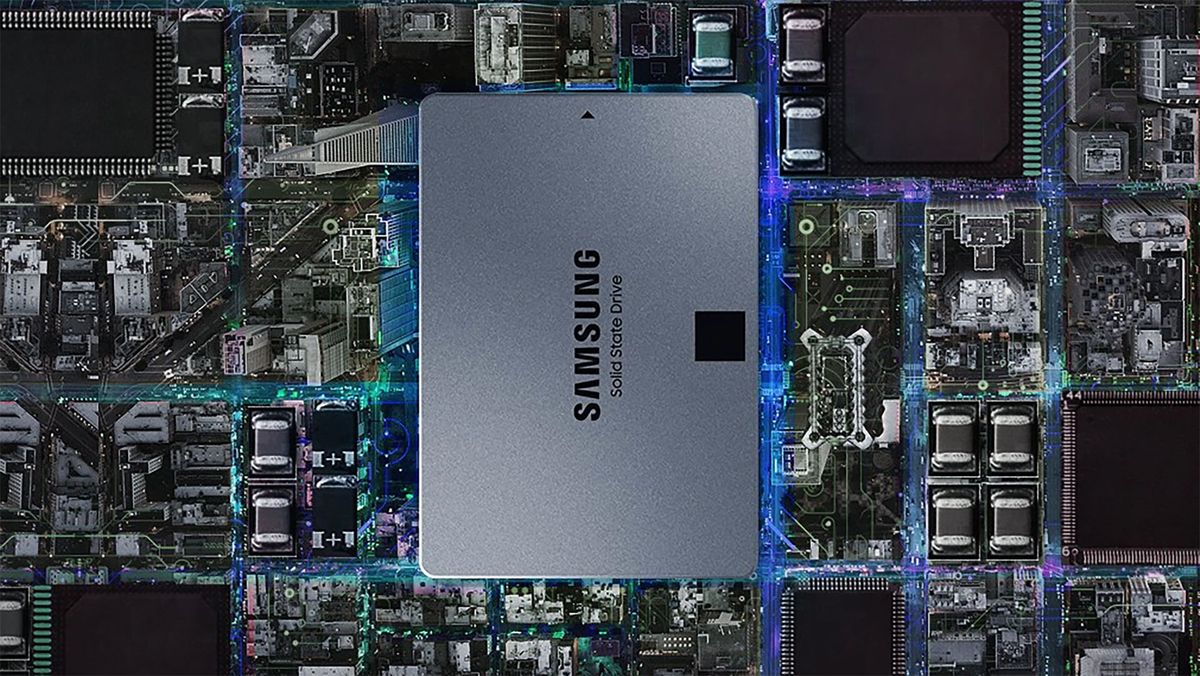 It looks like Samsung has its own ideas for how to cope with burgeoning game install sizes—an 8TB QVO SATA Samsung SSD has been spotted on Amazon. But even with QLC (quad-level cell) technology to bring down costs, 8TB of solid-state apparently doesn’t come cheap.

The two listings—one for the 8TB drive and another for a 1TB drive—have since been removed, but not before our friends at Tom’s Hardware spotted them and noted down their existence and list price.

The 8TB 870 QVO was listed for a cool $900, with availability from August 24, 2020. That’s only an early list price, however, so the real deal may come in a little cheaper. Still, even following a significant price drop, solid-state storage doesn’t come that cheap just yet.

The 1TB 870 QVO was listed with a far more reasonable price of $130, roughly the same as the 860 QVO—the first consumer drive from the company with QLC NAND flash. It’s said to be available from June 30, 2020.

Neither read or write speeds were listed alongside the two new QVO drives. The current generation 860 QVO only manages around an 80MB/s write speed direct to the drive, however, this is bolstered by a chunk of turbo SLC cache that can manage up to 520MB/s. It’s likely we’ll see a similar system with the next-gen drives, too.

What is QLC NAND? Most SSDs today are built using either single-level cell (SLC), multi-level cell (MLC), or triple-level cell (TLC) NAND flash memory, which essentially stands for one, two, or three bits per cell. For each higher bit, density per cell increases, meaning the overall density of the SSD can be increased within the same general footprint.

In theory, that should mean larger, cheaper SSDs—although there are quite a few qualifiers in front of that statement at the moment. The biggest barrier to QLC adoption is relative cost. Right now, QLC is still struggling to outmanoeuvre comparative TLC drives for the same price. That wouldn’t be such an issue if it wasn’t for QLC drives significant performance decrease.

QLC drives have to be very cheap in order to justify the slowdown and make the high capacities worthwhile. As they stand today, they’re still a solid alternative to the spinner platters within HDDs, but they’re not quite ready to take the lead as an all-in replacement.

Perhaps Samsung’s latest drives will do a lot to change our minds, and we’ll be sure to check them out once they officially arrive for a spot at the best SSD for gaming guide. Judging by these Amazon listings, that release date isn’t far off.