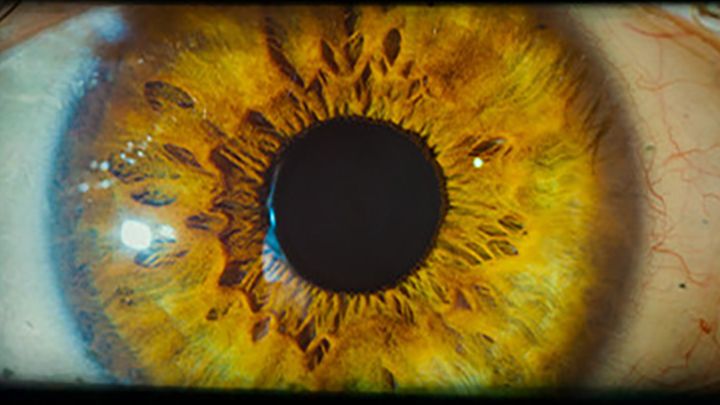 FMV game maestro Sam Barlow, who wrote and directed interactive video hits Her Story and Telling Lies, has a new game on the way. It’s called Project Ambrosio, but that’s just a working title. On the Steam page, it’s called “Project A███████”, and most of the game’s description is also redacted.

We get the sense that Ambrosio begins in 1968, makes stops in 1971 and 1999, and concludes in 2022—assuming its story is linear, and time moves forward. The other non-redacted words from the description are: Gothic, NYC, pop star, Barlow, custodian, and concordance.

The inclusion of Barlow’s own name suggests there may be a self-referential quality to Ambrosio, and that’s supported by what Barlow told PC Gamer about the project in a recent interview about the 5th anniversary of Her Story.

According to Barlow, the new game will interrogate “the relationship between the game and the player” and “how stories are told in cinema, from the full creative process to the act of watching.”

“I want to see what happens when you put constraints on the player, or when you push them in a direction that isn’t entirely comfortable,” he said. “And once you get into horror, there are even more options to do that in a game. Her Story and Telling Lies were made up of realistic found footage, but people still call them interactive movies. So in this next project, let’s tackle movies.”

With funding received after the release of Telling Lies, Barlow says he and company Half Mermaid Productions can afford to “keep things interesting” by making a game that’s “ten times more ambitious” than Telling Lies.

You can try to deduce more about Ambrosio on the Steam page, where there are brief, glitchy video clips of a snake, a fire, and a pair of legs. There’s also a mature content description (“adult themes including some sex and violence”), but I don’t think that’s part of the mystery.