Saints Row: The Third Remastered is coming next month, and it looks great 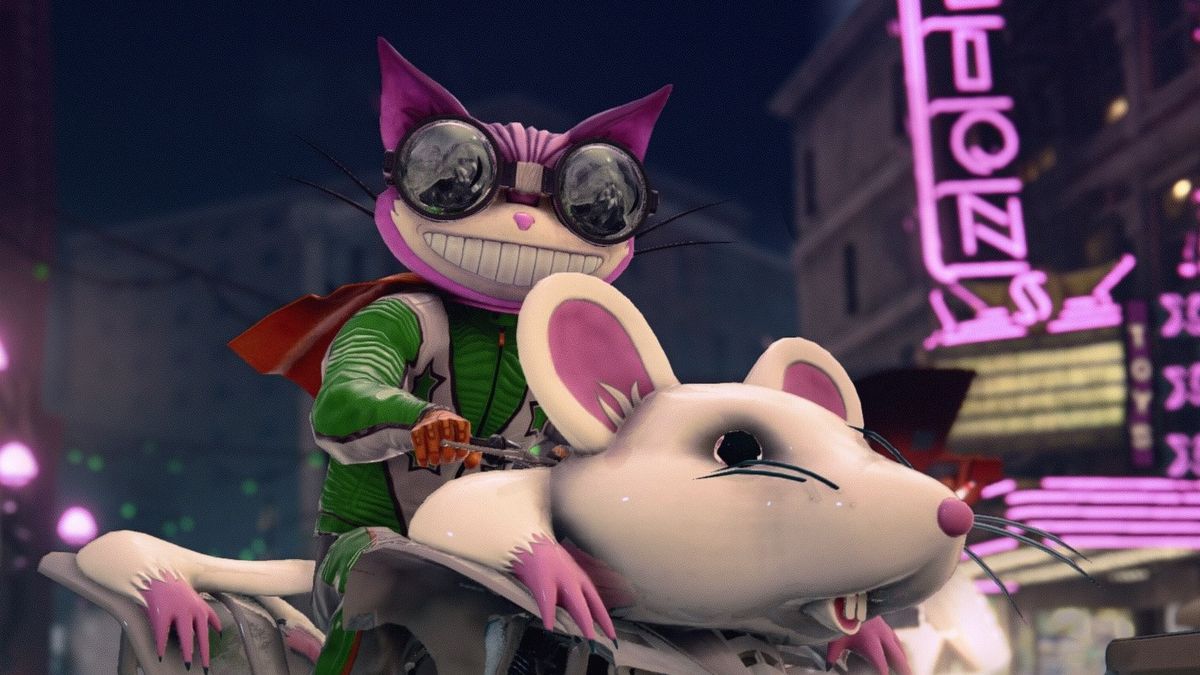 Saints Row somehow managed to look at Grand Theft Auto and say: “This takes itself too seriously.” Ridiculousness eventually became Saints Row’s identity, and the gloriously goofy series won itself a legion of fans as a result. After a five year gap, another sequel is due to be revealed this year—but in the meantime, Deep Silver has announced a remastered version of Saints Row: The Third. And there’s not long to wait: it’s coming on May 22, to be exact.

It’s not called Saints Rowmastered, but hey, you can’t have everything.

It’s a remaster, not a remake, so this version by and large remains the Saints Row The Third that proved so popular in 2011. All 30+ pieces of DLC are being included in the package, and the DLC has been remastered along with everything else. One thing that hasn’t changed at all is the audio. Same voice lines, same sound effects… and the same radio stations and licensed music. Whether you prefer terrorising the public to Marilyn Manson, cruising around while listening to Adam Ant, or blowing up bad guys while Return of the Mack trundles ironically on in the background, you’re all set.

Apart from that, however, this is Saints Row: The Third scrubbed up with ferocious enthusiasm for 2020. I got to see some gameplay footage of the remaster, and aside from the character faces lacking a bit of the detail you’d expect from a brand new game, overall this could easily pass for a recent release.

According to the preview session I attended, a huge amount of work has gone into remastering the game, including HDR and PBR (basically, more realistic lighting) rendering. All of the story NPCs have been remade from scratch, all of the vehicles have been improved, and even the weapons have been reconstructed with higher polycounts.

“We had to go back and remodel most of the assets, and really enhance the polycount, the details,” says Nikolay Stoyanov, lead art director at Koch Media. “Adding details from real-life cars and all that kind of stuff … almost all the effects have been completely reworked. They have many more frames, much improved fidelity. They’ve been completely re-rendered.”

While the prospect of hitting people over the head with (now highly detailed) sex toys is appealing, you might occasionally find that you’re distracted by the much-improved environments. It really is a marked improvement, more realistic while still keeping the tongue-in-cheek Saints style. As Deep Silver Volition art director Frank Marquart explains:

“We called our style ‘exaggereal.” It was meant to evoke that sense of over-the-top expression, with just enough of reality to keep it grounded. So that real part, in exaggereal, is much, much stronger [now]. The models, the material, the lighting… it’s all enhanced. When you have that reality there, I think it also helps the exaggerated part stand out even stronger.”

The improved lighting makes the greatest difference. It’s not as simple as prettier skies (although the skies definitely are prettier). There are now more sources of lighting, and more surfaces to reflect it. The developers showed this off with the slightly odd boast that there are now many more puddles. Have the roads developed potholes in the intervening nine years? It’s probably best not to think too hard about anything in Saints Row.

What really stands out is how much both pedestrian and traffic density have both been increased, making for a more realistic city experience (albeit one with very silly costumes and an awful lot of explosions). This will, I was assured, result in the occasional traffic jam. Normally traffic is nothing to celebrate, but when you have a rocket launcher in your pocket…

If you’re wondering why the third game was remastered rather than either of the first two or the whole series, Deep Silver said there’s a technical explanation. The earliest games would’ve required a heck of a lot more work to bring them up to scratch. Saints Row the Third was also simply the most loved, largely thanks to how deeply customisable it was. Marquart confessed (in a slightly embarrassed tone) that his go-to character is a recreation of She-Hulk, and Nikolay Stoyanov’s character of choice is very close to Green Lantern. Just a version of Green Lantern who apparently “can get kinky if you put him in boots or something like that.”

Stoyanov, by the way, was not at all embarrassed. Experimentation and ostentation, after all, are what Saints Row is all about.