Sabrent just doubled the capacity of the largest PCIe 4.0 SSD, but it costs $750 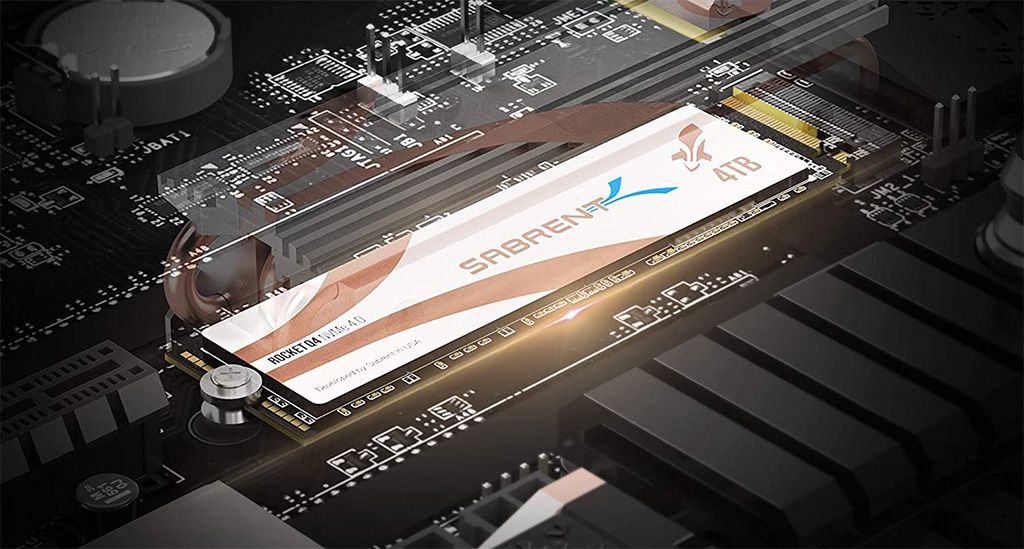 Sabrent is making waves in the SSD space, first with its ultra-capacious 8TB Rocket Q PCIe 3.0 drive with fast read and write speeds, and now with the quiet introduction of the first-ever 4TB capacity PCIe 4.0 SSD.

Oddly enough, I can’t find any reference to this model on Sabrent’s website. There’s also no formal announcement I’m aware of, despite this being something the company should want to shout from a mountaintop (all other PCIe 4.0 SSDs top out at 2TB). Perhaps that’s coming. In the meantime, the world’s only 4TB PCIe 4.0 SSD is sitting pretty on Amazon (via TweakTown), with a $749.99 asking price (or $769.99 with a heatsink included).

That’s expensive, obviously, though half the price of the 8TB Rocket Q. So in that regard, it’s not egregious—buyers are paying the same price per gigabyte, but getting a faster interface.

The caveat with PCIe 4.0 is that you need to plug these drives into a supported platform in order to take full advantage of the speed benefits. Right now, PCIe 4.0 is the exclusive domain of AMD and its X570 and B550 chipsets.

The write speed isn’t all that noteworthy in comparison to the fastest PCIe 3.0 SSDs, but the read speed is quite a bit higher. As a point of reference, Samsung’s 970 Evo Plus, the best SSD for gaming, offers reads and writes of up to 3,400MB/s and 3,300MB/s, respectively.