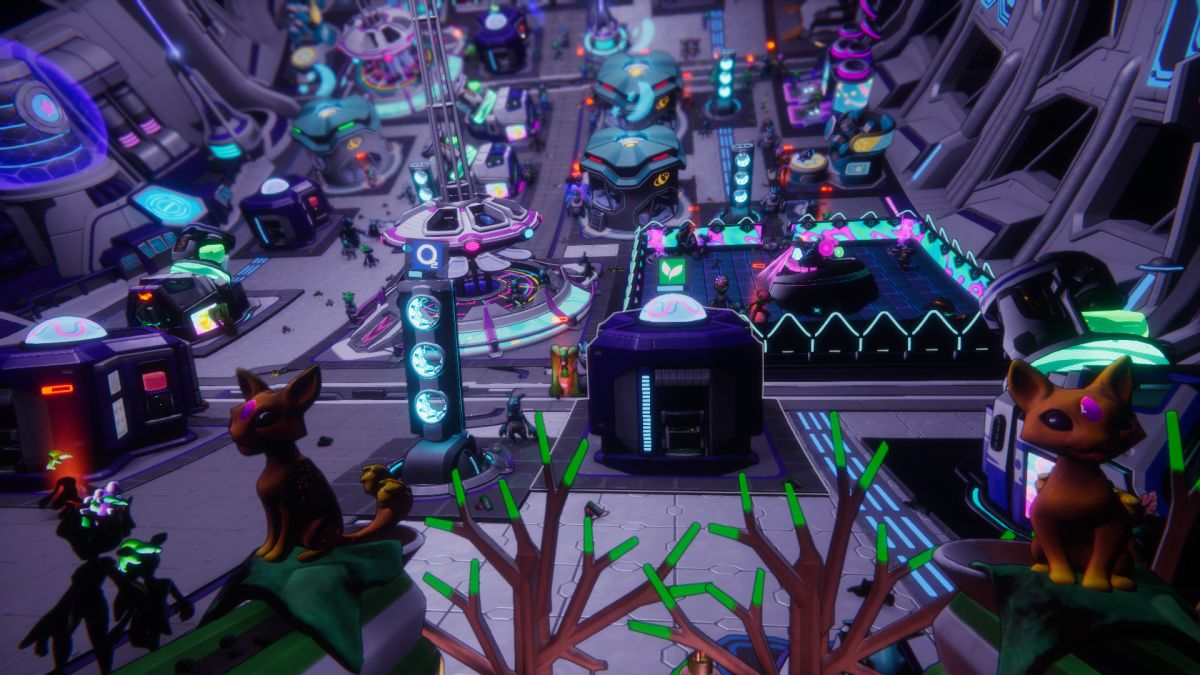 After waiting for a follow-up to management sim Startopia for almost 20 years, it’s finally happening. Realmforge Studio’s Spacebase Startopia will be open for business on October 23. In the meantime, there’s a new video, above, that breaks down what you’ll be doing as a space station administrator.

Realmforge says it’s a “fresh take” on a game that it strangely never mentions by name, despite them sharing names, but from what I saw during my first look at Gamescom, it’s close to identical. You run a donut-shaped space station split into three levels and must attract alien visitors by managing their diverse needs. The station layout, robotic helpers, aesthetic, and the stuff you’ll be building are all very familiar.

The one place where there’s a significant change is combat. Spacebase Startopia gives you control of mechs during RTS battles to deal with competitors and pirates. It’s a cutthroat business.

I’ve never enjoyed a space station management romp—of which there are tragically few—quite as much as I did Startopia, so the absence of changes is fine with me. It is a bit odd, however, that it sticks so closely to the original, especially when it’s not an official remake, or an official anything.

Odder still is the fact that the original Startopia has been removed from sale, apparently at the request of Square Enix, which added it to its catalogue when it acquired publisher Eidos Interactive in 2009. I’m not sure when that happened—I don’t have much call to search for it often—but I’ve reached out to the publisher to find out where it went.

To get into the closed beta, you’ll need to pre-purchase it from the Kalypso store. You’ll be able to try out three tutorial maps, two missions and an early version of the skirmish mode. Realmforge will continue to add to it across regular updates until the October launch.