Rogue Legacy 2 is coming to Early Access in July 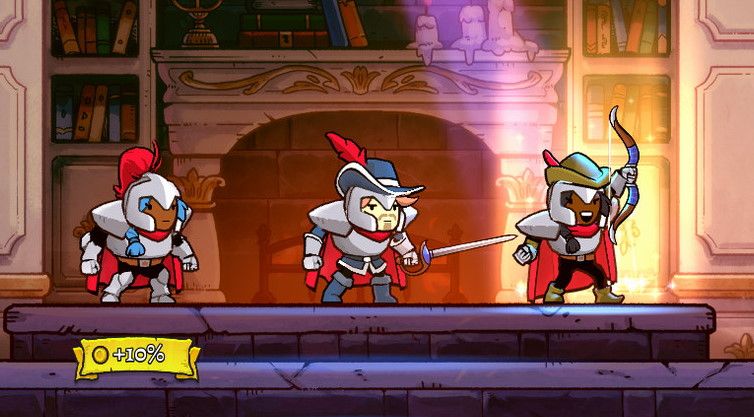 Rogue Legacy 2, which was teased and then confirmed in early April, will arrive sooner than you might have expected. Developer Cellar Door Games dropped a new trailer today announcing that the game will launch into Early Access on Steam and the Epic Games Store on July 23.

“Before the launch of the first Rogue Legacy we received an immense number of ideas from the community through social media, emails, and our Steam Community forums. Your feedback resulted in new traits, balance tweaks and improved stability. We also had diehard fans creating incredible mods and content that kept Rogue Legacy’s flame burning,” Cellar Door explained in the Steam Early Access FAQ. “All of this involvement helped steer RL1 in a better direction, and we feel that officially bringing Rogue Legacy 2 into Early Access is the next natural step.”

The plan is to roll out “major updates,” which will include things like new biomes and/or features like new player classes and NPCs, every two months. They’ll be punctuated by smaller updates, with things like new traits, spells, relics, rooms, and equipment, while bug fixes will flow as needed.

The expectation is that Rogue Legacy 2 will be in Early Access for about a year, but the developers warned that the timeline isn’t carved in stone and could be affected by anything from bad planning to excitement for a new feature. The price will also go up during the Early Access period: It will launch at $20, rise to $25 at around the halfway point, and then go into full release at $30.

“Rogue Legacy 2 has already been in development for more than two years, because we wanted to make sure we gave players the most complete experience we could with an incomplete game,” Cellar Door said. “Many of the systems are in place, all that’s needed is more time to create more content.”

Rogue Legacy 2 is available for wishlisting on Steam, and “coming soon” to the Epic Games Store. You can find out more about the game at roguelegacy2.com, and check out the early access system requirements below.