Rockstar’s culture of crunch is changing as GTA 6 picks up speed, employees say 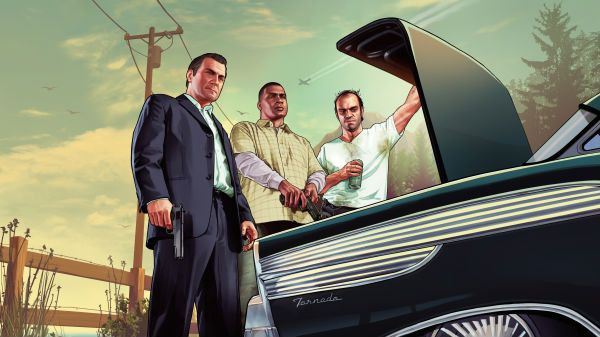 An October 2018 Kotaku investigation into working conditions at Rockstar Games painted an ugly picture, as multiple developers reported extended periods of punishing crunch—”death march” was a term used by one to illustrate the grind. Rockstar itself acknowledged that the situation was imperfect, telling the outlet that it had come to realize that a culture of crunch is “not sustainable.”

In a follow-up report released today, Kotaku said that changes at Rockstar appear to be having a positive impact on the company. There have been high-profile changes at the top, including the departure earlier this year of co-founder Dan Houser, but the heads of Rockstar studios in California and Lincoln, England have also been replaced, as have other executives who were allegedly contributing to the negative culture. One employee interviewed for the report said management is now “running the company like a company,” while another said it seems “like a healthier culture overall.”

Management has also told employees that it hopes to keep a better handle on crunch in future games, through better planning and technology pipelines. In an email obtained by the site, head of publishing Jennifer Kolbe said that Rockstar has “undertaken a lot of work across every area of the company,” and laid out plans for the year including flexible schedules, management and leadership training, anonymous employee surveys, and improved overall communication.

“We have taken conscious steps to improve our approach to developing games in order to reduce the need for overtime,” Kolbe wrote in the email. “We realize we still have plenty to do in this area and will continue to take steps so we can more accurately predict and schedule games and DLC in a way that is more sustainable but still allows us the creative flexibility to iterate on the incredibly ambitious and complex games we make.”

One potentially very interesting approach to reducing the impact of crunch could be seen in the next Grand Theft Auto, which Kotaku reports is Rockstar’s next game. The report says that management is giving thought to making GTA 6 smaller than previous games in the series, and then filling it out with post-launch updates. In theory, at least, scaling down the initial release would relieve some of the pressure of trying to get it done on a deadline.

It sounds like movement in the right direction, although it’s clear that this is the beginning of the process, rather than the end: One employee said that it “feels like it’s just starting up.” What remains to be seen is whether this new direction will hold over in the long run, particularly as development on that new GTA kicks into full gear.

It’s relatively easy to keep things cool during lulls in the action, after all, but priorities have a way of changing when big-money deadlines are looming. CD Projekt, for instance, promised a more “humane” approach to late-stage development in mid-2019, with a “non-obligatory crunch policy,” but in January 2020 said that while it will “try to limit crunch as much as possible,” it will be necessary in order to finish Cyberpunk 2077. Making games is hard.