Rocket Arena shows off its explosive cast and is out now 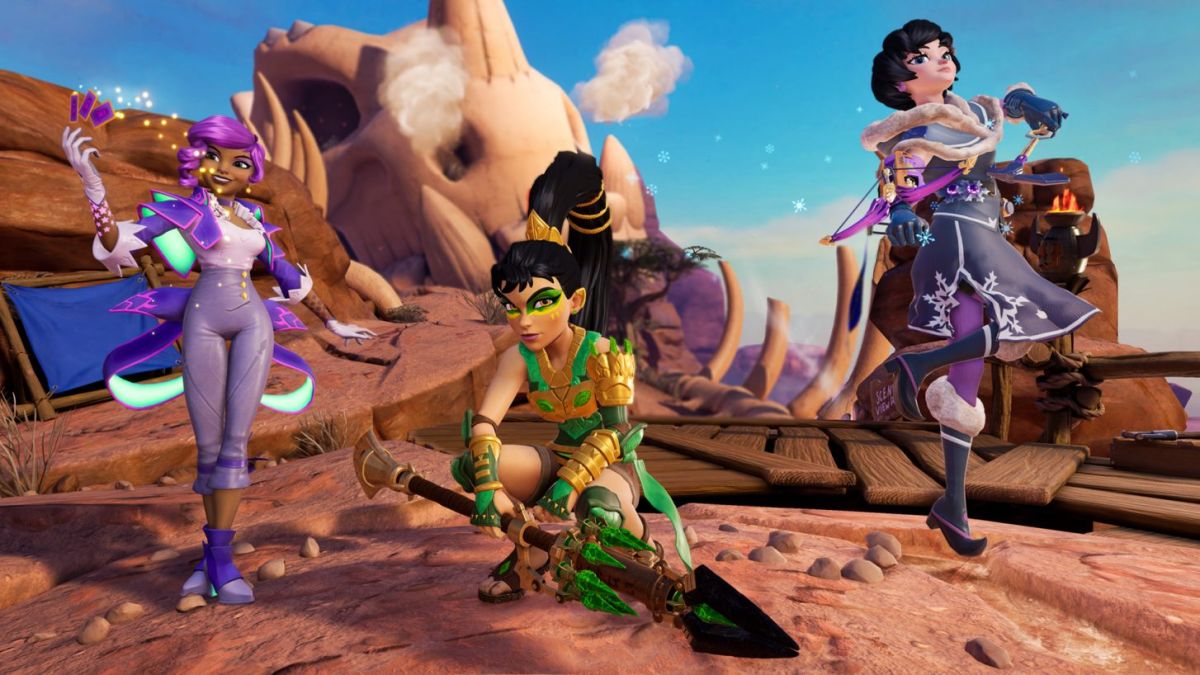 Rocket Arena is a 3v3 shooter with an explosive premise: every weapon in the game is a rocket. The final pre-release trailer introduces all ten playable characters, along with their signature weaponry and unique abilities.

The character trailer introduces the sort of quirky playable line-up we’ve come to expect from battle arena games—many of whom are cast in familiar moulds, though there are a couple of more unconventional inclusions, such as older British gent Topnotch and literal precocious child Plink.

Unsurprisingly, though, what stands out are the rockets of the title. Rocket Arena certainly demonstrates the versatility of the word. Though every character will be kitted out with a handheld rocket launcher of some description, each will be equipped with a unique type of ammunition that has its own set of effects—such as Izel’s spear rockets, which like their low-tech equivalents will move slower but pack a painful punch on impact; or Mysteen’s three-part Card Rockets, which culminate in literal fireworks. In addition, some characters’ special abilities will include the power to summon rockets that are either larger or far more numerous than those fired from their handheld weapons. Topnotch, for example, can both call in a Zephyr Strike (read: one giant rocket) or an Artillery Salute (an awful lot of rockets all at once).

Just to prove that rockets aren’t (quite) everything, each character will also have access to specials—some offensive, some defensive, and some a mix of the two—themed around their individual designs. Expect to see Frozen-esque Kayi deploy her ice shields to slow down enemy rockets, for example, or dinosaur-hunter Boone’s tame pterodactyl obligingly flying him out of danger while simultaneously pushing back his enemies using Zik’s Vortex.

As it’s out today, there’s also an official cinematic trailer to stare at.

Rocket Arena is developed by Final Strike Games and published under the EA Originals label—the latest addition to its varied and growing list of titles, which already includes BAFTA-winner A Way Out and the Unravel series. The game is now available on Steam for Microsoft Windows, as well as on Xbox One and PlayStation 4; and supports cross-platform play.