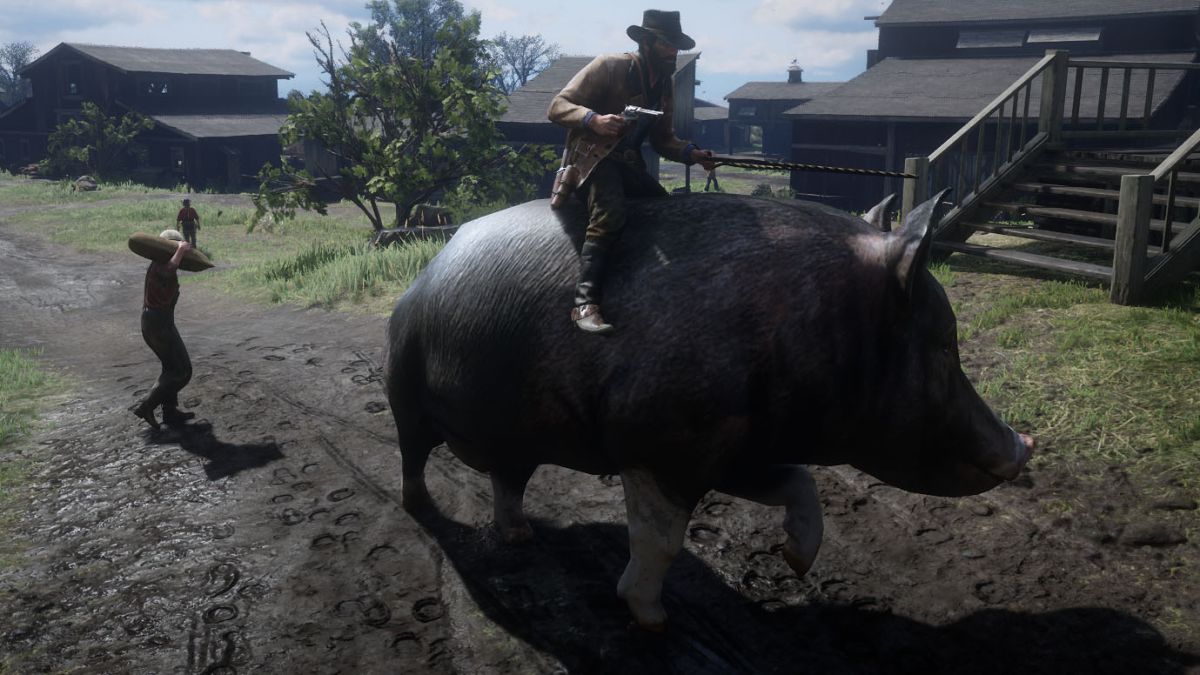 After dozens of hours of great story and character building in Red Dead Redemption 2, we discover that despite his outlaw roots and dastardly deeds, there’s a quiet dignity to Arthur Morgan, a certain world-weary nobility.

Now let’s see if he retains it while riding around the Old West on an enormous hog, shall we?

You’ve probably seen JulioNIB’s work before. He’s the creator of mods that let you play GTA as everything from Tony Stark to a giant shark. And now he’s working on Pig Rider, a mod for RDR2 that makes hogs a) megahuge and b) mountable.

Very large pigs aren’t the only creatures you can ride in Pig Rider, as the mod’s page, the source of the gif above, also shows Morgan astride a giant cougar, an enormous wolf, and a normal-sized bear. (Since bears are already pretty big, they don’t need to be scaled up for Arthur to take them for a spin.)

Those are all cool animals to roam around on, but they pale in comparison to the Big Pig. We’ve seen bears and giant wolves being ridden by warriors in fantasy settings plenty of times, but a fabled Pig Rider? You know he’s even more dangerous because he could be riding a bear or wolf but he chose the pig.

He chose the pig.

This currently being a work in progress, supporters of JulioNIB’s patreon page who pledge at least $5 get first crack at trying the Pig Rider mod, though these mods typically become available for everyone further down the line when they’re complete.