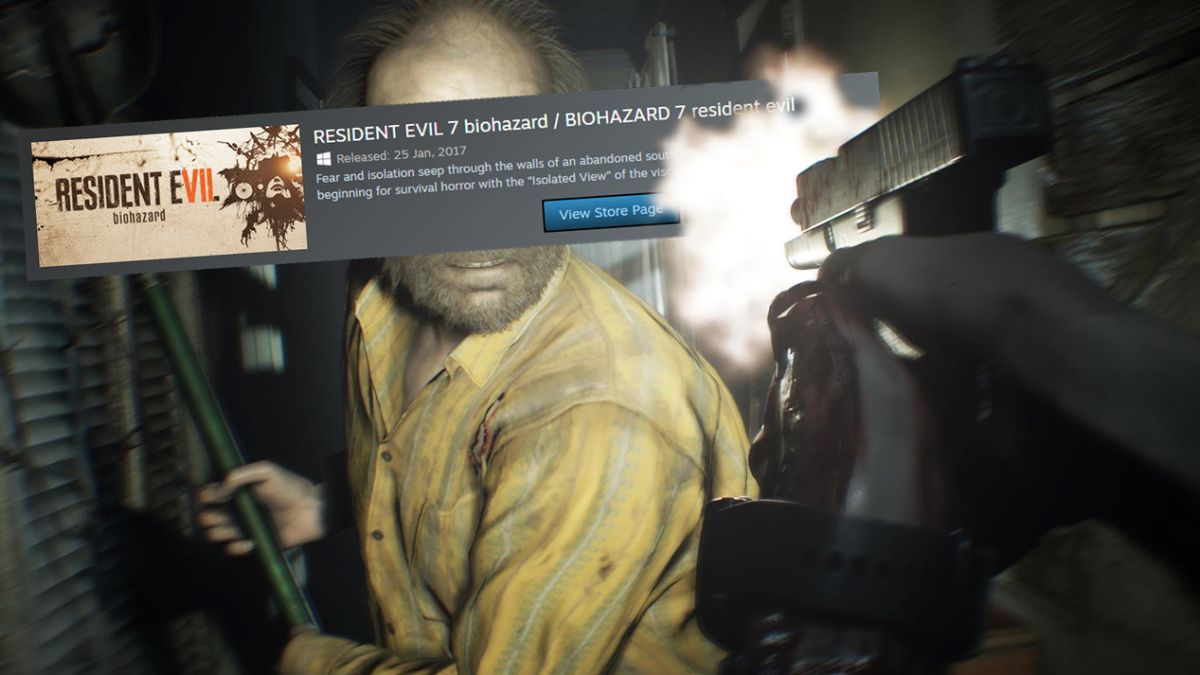 Resident Evil is called Biohazard in Japan, which used to be a bit of trivia that fans of the series could enjoy knowing. And then a few years ago it became hard not to know, because nearly every Resident Evil game on Steam included both the English and Japanese titles—with wildly inconsistent use of lowercase and capitalized letters to boot.

The funniest consequence of the dual-name policy was seen in the Steam title for Resident Evil 7. Cutely, Capcom made the subtitle of RE7’s English localization “Biohazard,” and the subtitle of the Japanese version “Resident Evil.” Since the Steam title included both, the full game name in our Steam libraries was: RESIDENT EVIL 7 biohazard / BIOHAZARD 7 resident evil.

(At least they didn’t go with the stylized versions that appeared on the box art, or it would’ve been RESIDENT EVII_. biohazard. / BIOHA7.ARD resident evil.)

As of yesterday, our library organization nightmare is finally over. As noticed by a Reddit poster Comboxer, the titles all changed this week, and now include only the localized English game names. The playful use of caps lock has also been removed, and the titles now look like:

Finally, the Steam libraries of Resident Evil fans no longer look like a brand manager’s acid trip. (Although I like to imagine that Capcom had a 100-page document that somehow explained all the erratic capitalization and other inconsistencies in a sensible way.)

Reddit posters speculated that the ability to add localized game titles must’ve recently been added to Steam, and they’re correct. I asked Valve, and was pointed to this Steamworks update from last December.

“Further to the goal of deepening Steam’s localization support, if you have translated versions of your game name Steam can now support showing the name in one or more languages,” reads the post.

That regional titles only became an option at the end of 2019 illustrates how quickly Steam’s global reach has grown over the past five years. And that growth has presented Valve with issues far greater than the need for better localization options. At the moment, Valve is quietly navigating regulations in China to launch a version of Steam there—and it may not be a good thing for the growing Chinese indie scene.