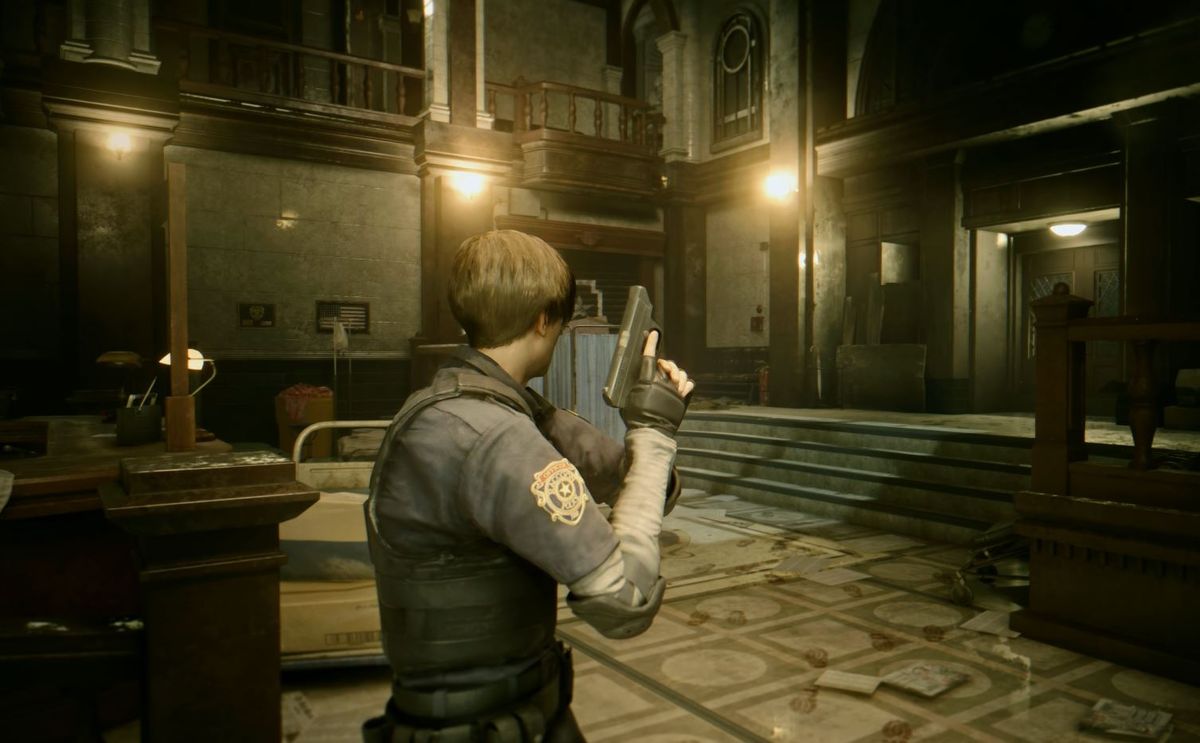 If you thought Resident Evil 2 Remake needed to be a little spookier, then you should keep an eye on a new work-in-progress raytracing mod, which overhauls lighting and shadows to give the game a much darker feel.

You can watch a side-by-side comparison between the base game and the modded version above, courtesy of Massihancer, who has also made a raytracing mod for Doom 2016. The film grain effect won’t be for everyone, but I love how light sources cast less of a glow, leaving more of the room in darkness, and how the new shaders seem to pick out environmental details more clearly. It’s most obvious at 1:57, when Leon casts a torch over a ravaged zombie’s face.

There’s no word yet on when the mod will be out—Massihancer is waiting for the final release of Gilcher’s shaders first, which are currently in beta.

As a reminder, Resident Evil 3 Remake is out next week. Here’s everything you need to know.