Remnant: From the Ashes devs were ‘really surprised’ by 1.6 million sales 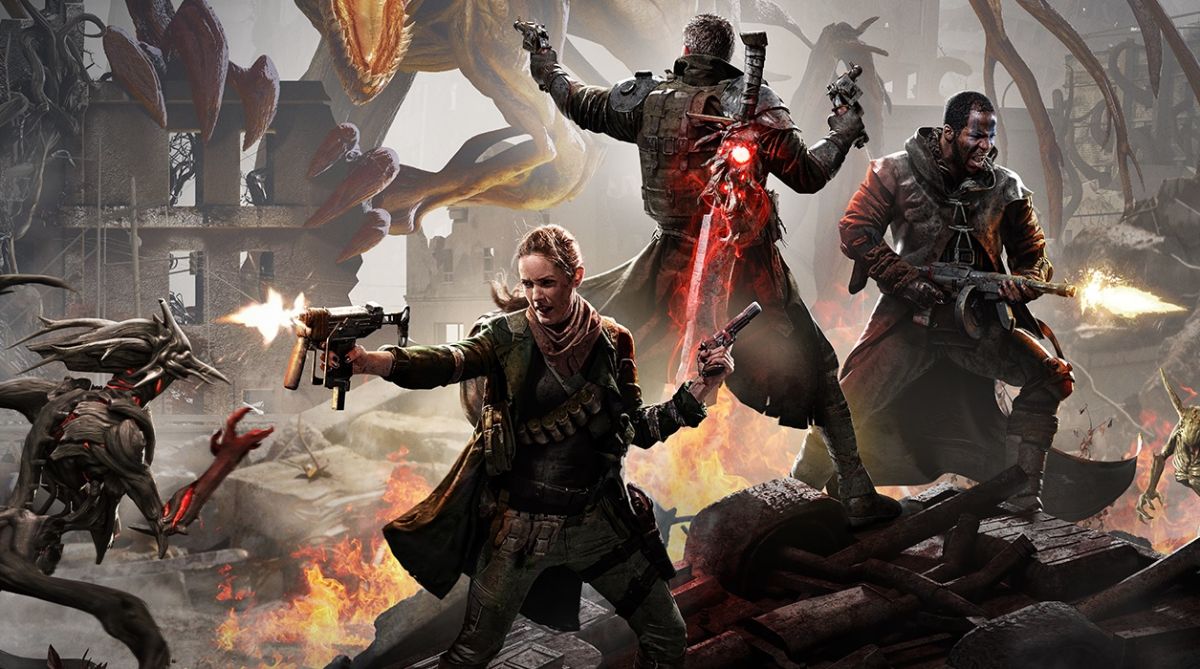 Remnant from the Ashes was a surprising game in many ways. What initially seemed to me like a rote Gears of War clone soon revealed itself to be a wild and furiously challenging adventure across multiple planets, with imaginative weapons and ferocious boss fights. It also surprised its own developers, Gunfire Games. Since launch, Remnant has sold 1.6 million copies, far surpassing expectations.

Now, Gunfire is preparing for the launch of Remnant’s final DLC, Subject 2923. The add-on takes place after the events of Remnant and sees players travelling to Ward Prime, where they encounter the origins of the Dreamer project that triggered Earth’s apocalypse and connected humanity to alien worlds. Subject 2923 brings in several large new locations, new weapons and new bosses for players to encounter. But it also includes everything that the developers learned during the making of Remnant, and the improvements to go along.

One of Gunfire’s major focuses while designing Subject 2923 was increasing the consistency of the size, shape, and content of different biomes and environments, an issue that affected Remnant on launch.”It took us a while to find that structure and get it right. Sometimes worlds, they didn’t feel equal,” Pearl explains.

Gunfire has addressed this issue in the base game via multiple patches, while its first DLC focused on expanding one particular biome, the Swamps. For the Subject 2923 DLC,  it was a core focus from the start.

“We definitely tried to go into this DLC with the rural area and Ward Prime and Reisom [the DLC’s other major location] making sure they feel fully fleshed out in balance and rewards and what you’re getting,” said Pearl.

Consistency is a key theme of Subject 2923’s design, further exhibited by Gunfire’s adjusted approach to boss design. One of the biggest complaints about Remnant was how boss fights often emphasised “adds”, smaller enemies that swarm and harass the player during the boss fight.

“To be honest, we looked at a lot of other shooters and they all have adds, because how else are you going to get ammo in a shooter game if you don’t have guys to shoot?” Pearl says. This doesn’t mean they haven’t changed anything, however. Gunfire has tried several approaches to resolve this depending on the boss in question. “We tried to find other ways to get [players] ammo, [creating] easier adds or timing them a little bit better,” he says. They’ve also tried “a couple things with AI” to make adds more fun and less annoying, although Pearl didn’t specify what techniques were used.

As well as addressing Remnant’s existing problems, Gunfire also wanted to improve what was already good about the game. One of Remnant’s more interesting features is how it approaches random generation. Each biome can come in multiple arrangements, featuring bosses and weapons that may not appear in another player’s game. Pearl refers to these as “watercooler moments”, events that’ll get players talking the next day. “There are events you can miss, that are not crucial, but they’re interesting. There’s different ways to get different items. But then there’s also the people who’re like. ‘I really like the story but I wanna learn more.'”

An example Pearl cites from the main game is Corsus, the third biome which can actually be completely bypassed if you defeat an NPC called the Undying King in combat—one of the hardest bosses in the game. “We wanted to create moments like that,” he says. “You can totally make a game that’s got a narrative flow that actually feels random.”

With the DLC, Gunfire want to capitalise on Remnant’s capacity to surprise and delight. “Let’s find ways to do it over and over again and get that feeling for people,” he says.

Subject 2923 is out on August 20, and you can read more about it here.  As for what’s next for Gunfire once the final DLC is out the door, Pearl says that the team will continue to “fully support Remnant,” fixing bugs and balancing issues. Beyond that, “anything’s possible,” he said, including a sequel or similar game.