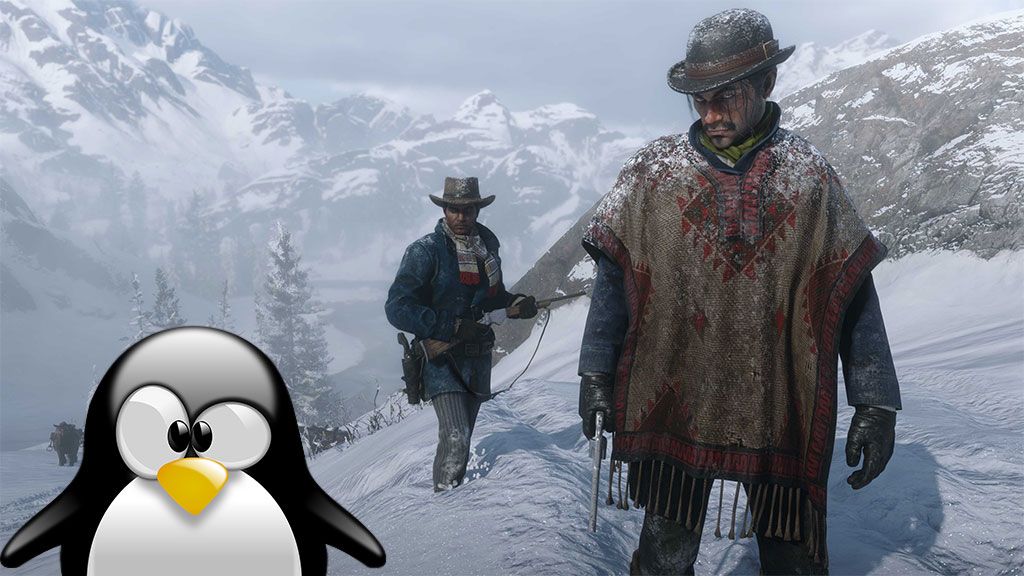 Windows is still the best operating system for a gaming PC due to the widespread developer support (software and hardware) and sheer number of games available, but let’s give Linux its due. Gaming on Linux has improved leaps and bounds over the years. Some games even run faster on Linux than they do on a Windows PC, as a recent Red Dead Redemption 2 benchmark battle on YouTube demonstrates.

It’s an exception. PC games generally run faster in Windows than they do Linux, rather than the other way around. This can be seen in various performance comparisons conducted by Phoronix, for example. There’s one in which the site pits Windows 10 against Ubuntu with three Nvidia graphics cards, including a GeForce RTX 2080 Ti. Windows wins handily. Same goes for another benchmark comparison using Radeon hardware (RX 580 and Vega 64).

The results are similar in another another comparison from a year prior, where “performance under Linux was only 60-70 percent of the Windows 10 performance.” Things were a little more mixed in a recent examination of a Ryzen laptop with Vega graphics, but still tipped in Windows 10’s favor at higher quality settings.

But Linux isn’t always the loser in these tests. Last year Jason Evangelho at Forbes compared gaming performance in Windows 10 versus Pop OS (a Linux distro), the OSes traded victories. And the Red Dead Redemption 2 testing results obtained by FlightlessMango on YouTube (via OC3D) are interesting because Linux comes out ahead by a wide margin. Have a look:

The test system consisted of an Intel Core i7 8700K processor, 16GB of RAM, and a Radeon Vega 56 graphics card, all nestled into an Asus ROG Strix Z370E Gaming motherboard.

The benchmarker used three different GPU driver packages in Linux, then compared the performance of each run with that of running the game in Windows using Vulkan and DirectX 12.

The benchmark results show RDR2 using the Vulkan API running faster in Linux than either Vulkan or DirectX 12 versions in Windows 10. At the widest gap, there is a 10 frames per second difference, with around a 14 percent advantage in favor of Linux.

One of the people who commented on the video claim “the benchmark results imitate what I got on Far Cry 5 using an RX5700,” with the performance being a little better in Linux compared to Windows 10.

That’s interesting, even if anecdotal. Incidentally, Linux Tech Tips also recently took a look at gaming on Linux and found that the experience is better than ever, though he didn’t dive into benchmark comparisons.