QuakeCon At Home set to include streams, tournaments, and ‘surprises’ 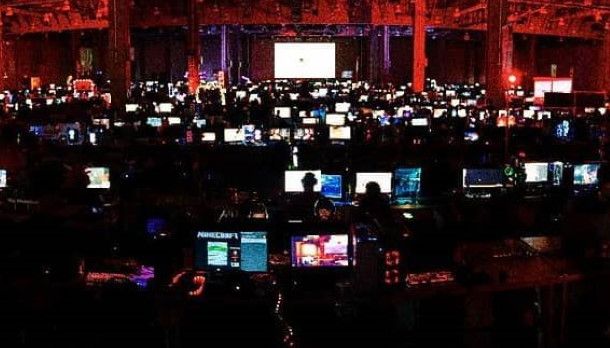 QuakeCon, the yearly convention held by Bethesda to celebrate and promote the videogames developed by its numerous studios, was cancelled in March when it became apparent that such a large-scale gathering would be unworkable for the foreseeable future. However, the show must go on, and in June it was announced that QuakeCon 2020 would be going ahead from August 7-9 as QuakeCon At Home, the first time the event has taken place entirely online.

Bethesda announced today that QuakeCon at Home will kick off at 11 am CST on August 7 with the awesomely named QuakeCon Digital Welcome Global Super Stream, featuring influencer streams, Bethesda community teams, and more, all running around the clock. The QuakeCon Twitch Team will also bring the global Quake community together online for the first time ever, playing and sharing games to raise money for charities including COVID-19 Direct Relief, UNICEF, the NAACP Legal Defense Fund, and The Trevor Project.

The online convention will also see the finals of the Quake Pro League 2019-2020 season, which will begin at 4 pm CST on August 9 and see 24 players from around the world doing battle for a share of the $150,000 prize pool. And of course there will be swag, including the exclusive “Dogvahkiin” and “Catodemon” t-shirts, with the proceeds given to animal charities both in Dallas and internationally, and one-off QuakeCon At Home t-shirts commemorating the first (and, the organisers express the hope, only) fully remote QuakeCon.

Full schedules for QuakeCon at Home have yet to be announced, but will be revealed “in the coming weeks.”  For now, prospective attendees are invited to stay tuned for more information at quakecon.org, and to head over to twitch.tv/bethesda to join in with the QuakeCon At Home community.