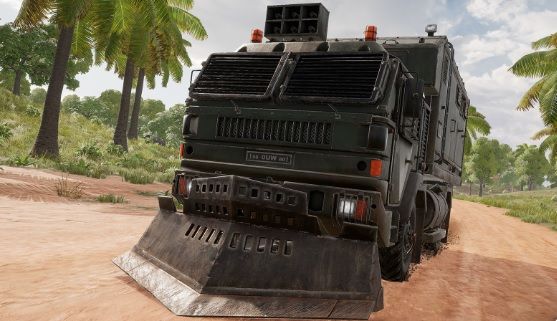 PlayerUnknown’s Battlegrounds is poised to get another massive map overhaul in Season 8, with Sanhok in its sights this time. The jungle map has been rebuilt from the ground up, according to PUBG Corp, with an eye to making it even more overgrown and dangerous.

Almost every building, tree and rock has been rebuilt, the developer boasts, with changes to both the art and design of the map’s locations, like Boot Camp, Ruins and Quarry. There are overall changes to balance, performance and visual fidelity, but also a whole host of granular changes that should make dropping into your favourite locations a pretty different experience. Expect new ways to approach these areas, changes to the terrain and structures that will affect line of sight, and more verticality in some of the map’s towns.

There are some brand new locations, too, while others have been removed or reworked to such an extent that they’re barely recognisable. The old docks, for instance, have been replaced with The Getaway, a tourist trap that boasts poolside bars, a boardwalk, a nightclub and plenty of neon lights.

Sanhok’s changes also extend to new features like the loot trucks. These AI vehicles are full of cargo that players might be interested in pilfering. You’ll have to attack them if you want the gear they’re transporting, as they drop loot when they’re attacked. You can even destroy them, getting yourself bigger rewards, including full customised weapons—as long as someone doesn’t take you out when you’re distracted.

Jerry cans are also returning, so you can start setting people on fire by throwing cans at them or pouring the petrol on the ground to create a nasty surprise for anyone who walks over it.

Season 8 marks the beginning of a new Ranked season, too, which changes how scores are calculated and now takes into account team placement. Ranked players will also be able to duke it out in Vikendi.

PUBG Season 8 will be available on the PC test server on July 15 and will launch properly on July 22, along with a new survivor pass.