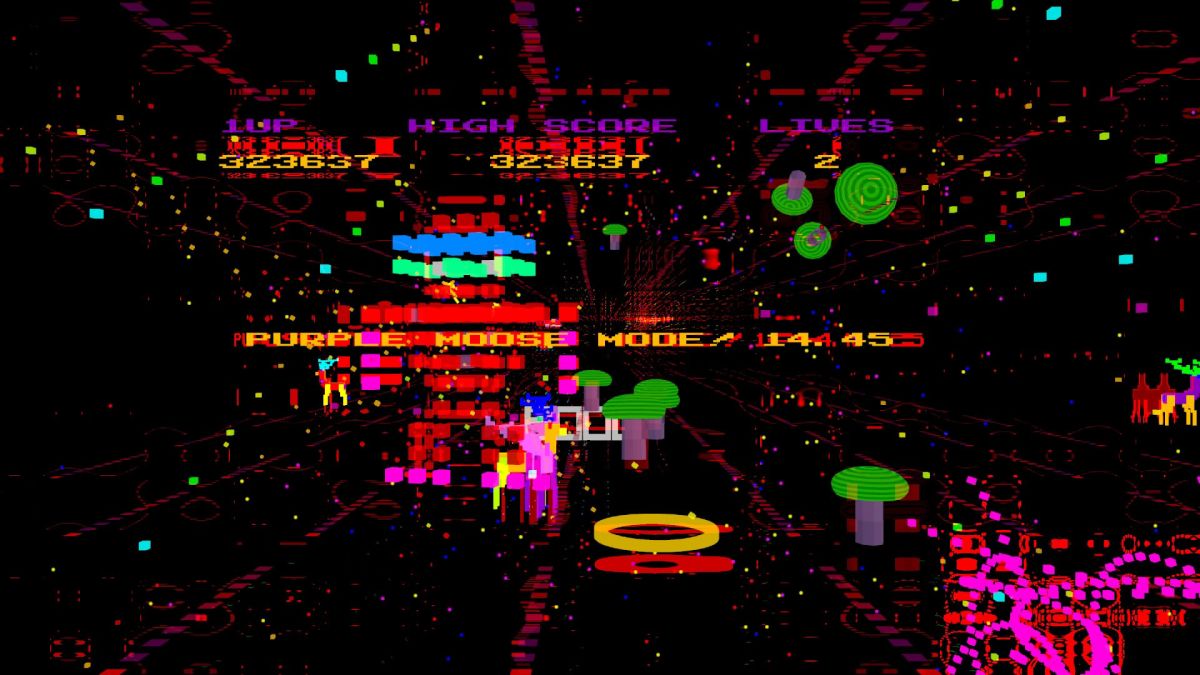 Jeff Minter’s studio Llamasoft is set to release another of their weird shooters this month as Moose Life comes to Steam on August 12th. This one is exciting and exceptionally strange. I will let the game’s official description explain why: “A trippy, exhilarating voxel arcade shooter specifically engineered to take you to a happy, tranced-out pleasure zone full of deer and mushrooms.” The trailer is superb, and the jokes contained within are also superb. “Invincibull” is a good par for the course but “Cervus with a smile” is absolute gold.

Moose Life is a classic arcade shooter with a banging soundtrack to go along. It’s a game that’s designed—like much of Jeff Minter and Llamasoft’s other works—to evoke a trance-like flow experience while playing. You can also chase high scores, if that’s your thing. Moose Life is available in VR too, because nothing says “trippy, psychedelic trance shooter” like putting away the whole world for a while.

Jeff Minter is a longstanding games development fixture, in the business since 1981, and is pretty well known for his various shooters—specifically the classic Tempest and its sequels. I’m a particular fan of Attack of the Mutant Camels.

Moose Life will be available on Steam August 12th.