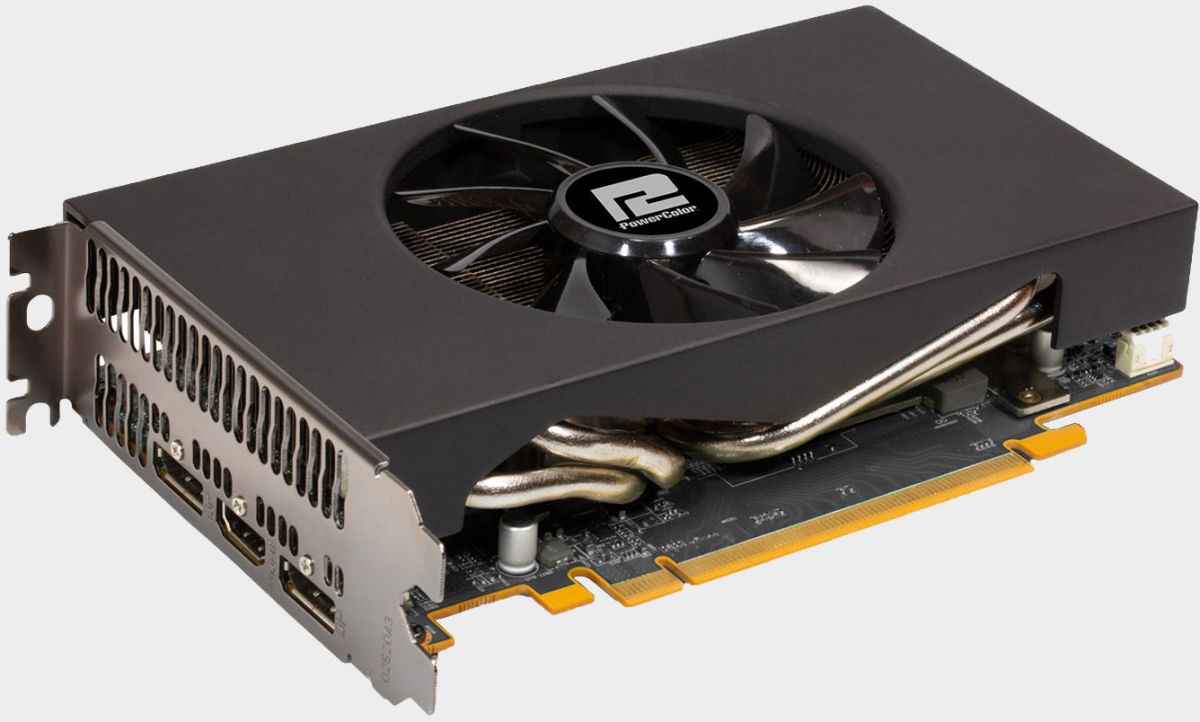 If you’ve shopped for a graphics card that is small enough to fit inside a mini-ITX case lately, you may have been frustrated with the results—there’s just not a lot of them available. Don’t blame PowerColor (not entirely, anyway). It just released its second mini-ITX graphics card in four months, a Radeon RX 5600 XT.

This newest entry follows the launch of a miniaturized Radeon RX 5700 XT last December. It was reported at the time that it would be exclusive to Japan, and that still seems to be the case.

In contrast, PowerColor’s shortened Radeon RX 5600 XT is listed at Scan for £299.99. A straight conversion puts it at around $372 in US currency. As our friends at Tom’s Hardware note, subtracting VAT puts the cost closer to $300 (which is more in line with regular 5600 XT cards), if and when it launches in the US. I’m guessing it probably will.

One other notable bit about this card is the memory. Though the dimensions are not specified, the listing indicates it ships with 6GB of GDDR6 memory at 14Gbps.

The 5600 XT launch was a bit of a mess because AMD changed the specs at the last minute, from 12Gbps to 14Gbps memory. This left its hardware partners scrambling to update their designs to validate the new memory, and when possible, issue BIOS updates for existing cards that shipped with the slower memory. Neither of those headaches apply to this card.

What other options are there? I sorted Newegg’s GPU section to only show mini ITX cards and it only came up with just six models. Out of those, only half them showed up as being in stock, and all three were from marketplace sellers with inflated prices. No thanks.

Scan has a few more options, just be sure to check the listings to make sure the card is actually an ITX model (a search for ‘ITX graphics cards’ returned some results that were clearly not ITX). In case you’re not familiar, mini ITX cases are even smaller than micro ATX ones. They’re great if you’re dealing with limited space, they just require more careful component selection.