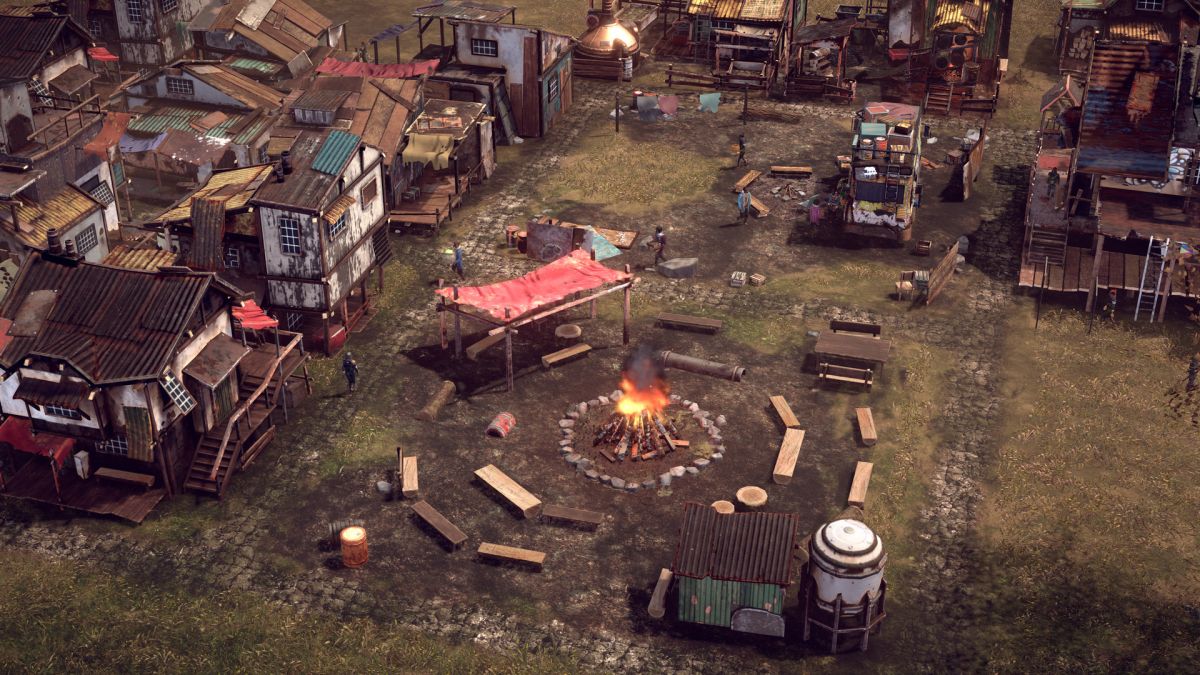 Endzone: A World Apart is a post-apocalyptic city building game focused on survival in the aftermath of a nuclear disaster. It’s a survival city builder, one with an emphasis on gathering resources and setting up sustainable production of food and water over concerns like traffic flow. There are a lot of post-apocalyptic city building games vying for your attention all of a sudden, but one has come to my attention because unlike all those other games I’ve tried, in this one I disastrously failed to thrive. As a veteran of city-building and survival games… that’s thrilling.

I rarely find a challenge in these games—other than in those you’re meant to lose, like Dwarf Fortress. Endzone might be in Early Access, so the balance could be off, but for a game themed after desperate survival it was refreshing to feel like any success was beating the odds rather than a natural outcome of following the path set out for me. Endzone’s emphasis on basics like food and water put it more in a class with Banished than Surviving Mars and the like, and weather events like bad dust storms or radioactive rain can put your colony out of commission completely if you’ve not prepared for them—or even if you have. It’s part of the overall more realistic bent the game takes over the Mad Max stylings of other apocalypse games.

Also, it has 21:9 support and that gets props from me. You can find Endzone: A World Apart on Steam for $24. It was released into early access on April 2nd. Here’s their latest update trailer: