Pokemon Scarlet and Pokemon Violet are finally available for pre-order: What you need to know about the new Nintendo games 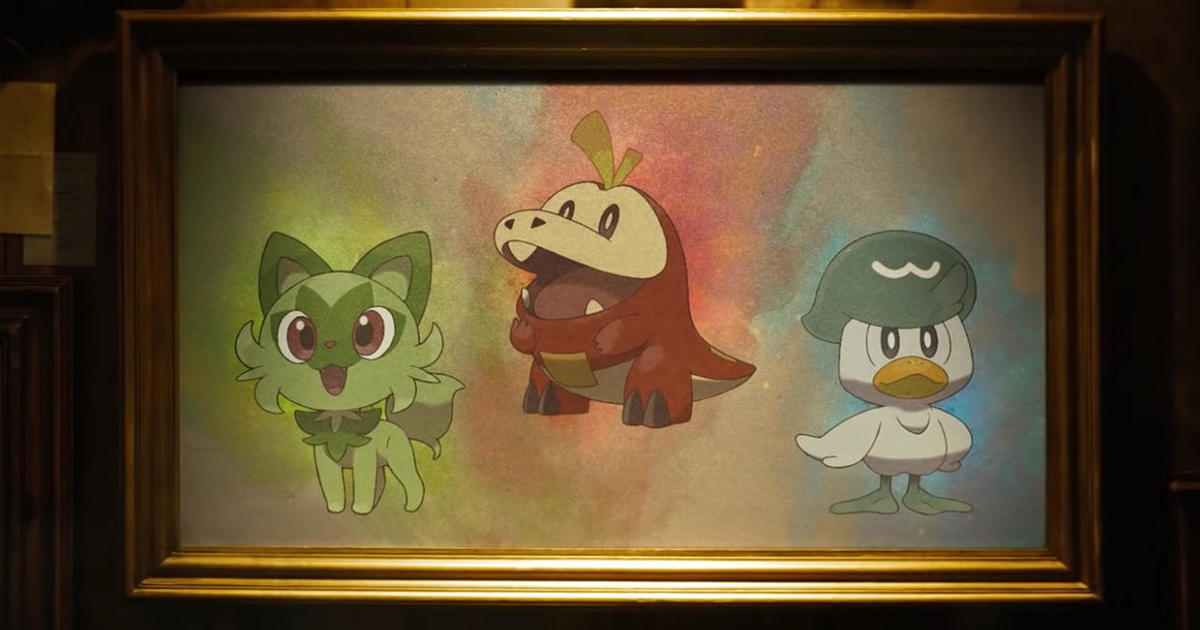 The next generation of Pokémon games have just been announced and will be making their way to Nintendo Switch in late 2022. Revealed during “Pokémon Presents” on Pokémon Day (February 27), “Pokémon Scarlet” and “Pokémon Violet” will feature three new Gen 9 starter Pokémon and a new region. And they are now available for pre-order at Amazon.

Top products in this article:

The two Game Freak-developed games are also expected to boast an open world that expands on that of the “Pokémon Legends: Arceus.” The teaser reveals new Spanish-inspired cities alongside rich, Mediterranean-looking countrysides where, according to the Pokémon Company, “Pokemon can be seen everywhere… in the skies, in the sea, and on the streets.”

The company describes both Nintendo Switch games as “a new evolutionary step” where “trainers can explore an open world where various towns with no borders blend seamlessly into the wilderness.”

“Pokémon Scarlet” and “Pokémon Violet” will be available exclusively on the Nintendo Switch system, so it might be time for you to buy the console, especially because the previously hard-to-find Nintendo Switch OLED is readily available now.

How to pre-order Pokémon Scarlet and Pokémon Violet

Amazon has just opened pre-orders for “Pokémon Scarlet” and “Pokémon Violet,” with both asking the usual $60 price of entry. Since the Pokémon Company hasn’t announced an official release date for the games yet, the projected December 31, 2022 release date is likely a placeholder from Amazon. It’s possible that both titles will be released before or after then.

Although details are still vague on the differences between the two versions, we know that each will come with version-exclusive Pokemon and trainers. What we do know right now is that the main character in “Pokémon Scarlet” starts with a red-orange tie and red-orange pinstripe shorts, white socks, black shoes and a hat with blue inner rim.

Meanwhile, the starter outfit in “Pokémon Violet” includes a purple tie, purple shorts, black socks, brown shoes and a hat with a light-gray inner rim. The crest the main character wears on a left shirt sleeve will be also be different from that in “Pokémon Scarlet.”

What are the starter Pokémon in Scarlet and Violet?

While not a lot has been revealed about the new region and its areas, the Pokémon Company has shared a few key details about the games’ starter Pokémon.

Sprigatito is a grass-type that is a “capricious, attention-seeking Grass Cat Pokémon” boasting the Overgrow ability. Fuecoco, a fire-type Pokémon, is a “laid-back Fire Croc that does things at its own pace” and features the Blaze ability. Finally, Quaxly, the Water Duckling Pokémon, is an “earnest and tidy” water-type that possesses the Torrent ability.

“Pokémon Scarlet” and “Pokémon Violet” aren’t due until the later in the year, but you can pre-order them now. And until then, there are several other Pokémon games to tide you over. That includes another Game Freak-developed game, “Pokemon Legends: Arceus.”

“Pokémon Legends: Arceus” topped the best-selling video games list in January 2022. It’s a significant departure from typical Pokémon gameplay. Instead of the traditional, random-encounter-based RPG experience, it has a more open, “Breath of the Wild”-esque feel, where Pokémon can be observed in the wild.

Another Pokémon game on Amazon’s bestseller list, “Pokémon Brilliant Diamond” is a remake of the 2006 Nintendo DS title, “Pokémon: Diamond.” Also set in the Sinnoh region, it retains the original story and Pokémon lineup while also adding some modern upgrades, such as a revamped battle screen.

Released alongside its sister title, “Pokémon Brilliant Diamond,” the Sinnoh-set “Pokémon Shining Pearl” is also a remake of 2006’s “Pokémon: Pearl.” It offers that nostalgic feel of the original version while touting some updates in graphics, movements and the underground area.

With “Pokémon Snap,” you can live out your wildlife photographer dreams in Lental region’s lush jungles and mysterious islands teeming with Pokémon. Photographing these creatures in their natural habitat isn’t hard to master, but the mysterious Illumina phenomenon does add a bit more challenge to the game.