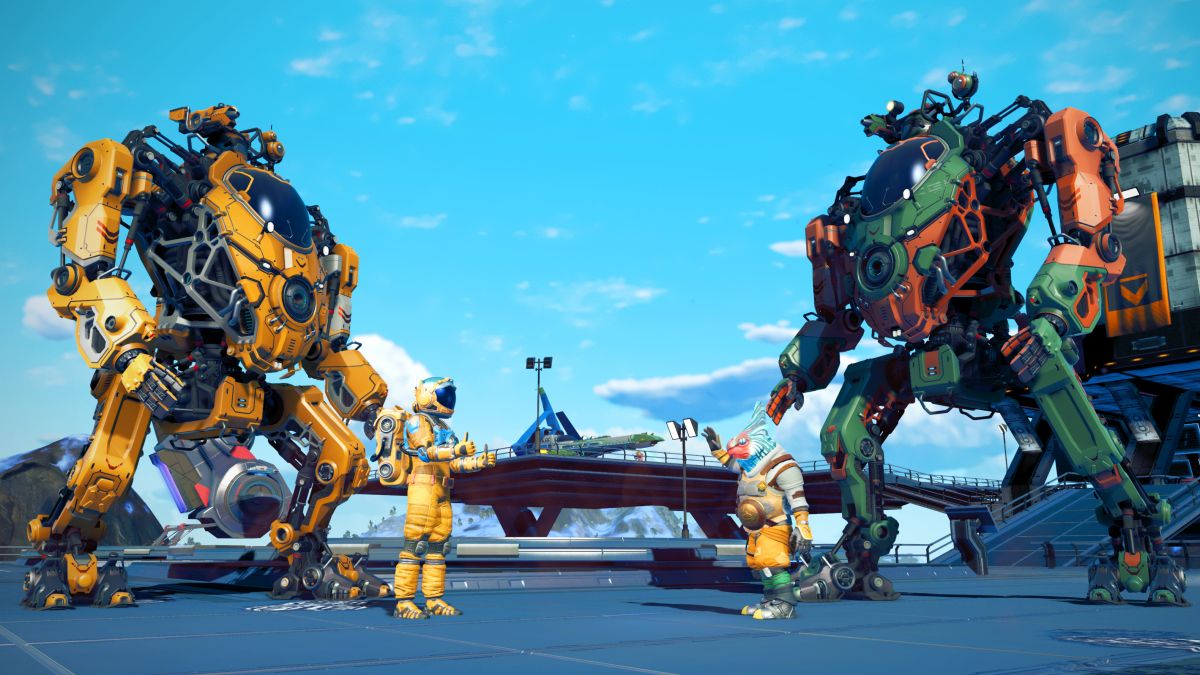 There are a lot of ways to get around in No Man’s Sky: spaceships, living spaceships, submarines, hoverbikes, motorcycles, giant trucks, and dune buggies. You can even tame and ride most of the alien creatures you meet.

Well, here they are! No Man’s Sky’s latest surprise free patch is the Exo Mech Update, which adds some lovely looming mechs to the transportation mix. They walk. They jump. They stomp. Hell, with their massive jetpacks, they even fly. They can mine resources while you’re piloting them, and I imagine they can probably squash the crap out of a writhing nest of biological horrors, too. Take a peep at the impressive new mechs in the Exo Mech Update trailer below.

“The Minotaur Exocraft is a unique new exocraft / suit hybrid and introduces a different way to explore planets,” says an email from Hello Games, maker of No Man’s Sky. “This mechanical walker shields its pilot against hostile environments, providing immunity against hazards such as radioactivity and extreme temperatures. Its defining feature, though, is the freedom of movement it brings to exploration. The Minotaur’s powerful jetpack allows it to soar powerfully through the air, and land on terrain with a satisfying slide.”

They look pretty sweet in first-person, too, and I imagine that goes double for piloting them in VR. The Exo Mech update is out today, and along with it you can expect other tweaks, changes, and quality of life upgrades. We’ll post the full patch notes here when they’re released.