Physicist Stephen Wolfram thinks he’s on to a theory of everything, and he wants help simulating the universe 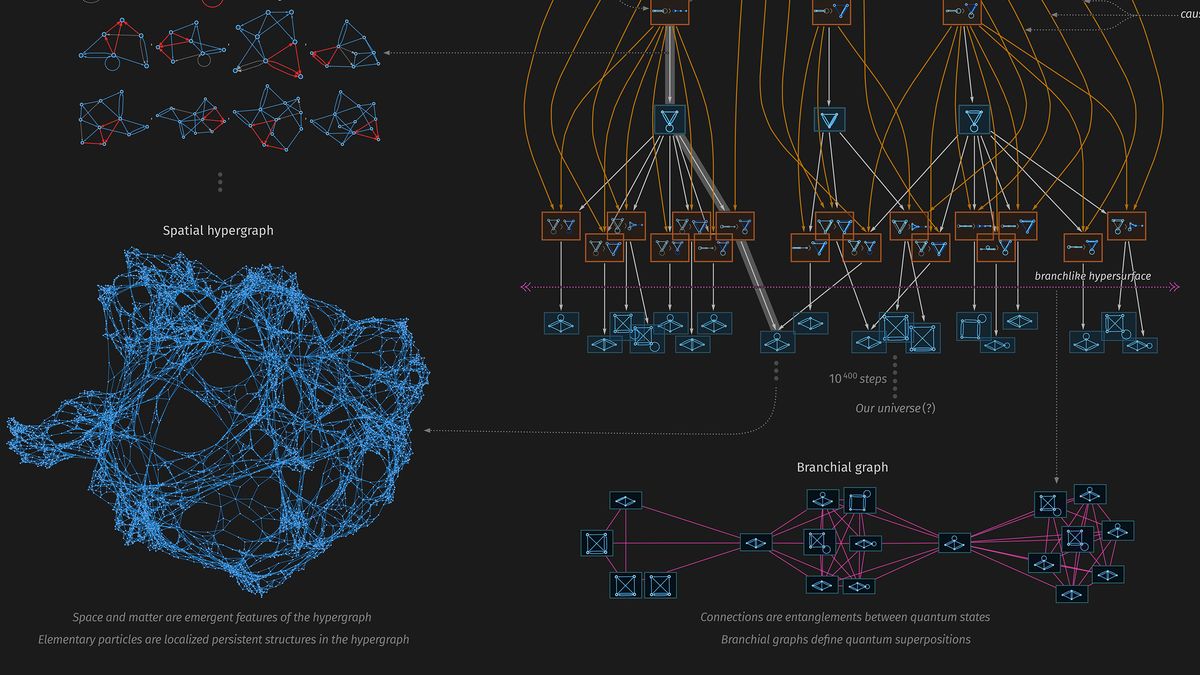 Computer scientist and physicist Stephen Wolfram thinks he’s figured out a framework that unifies general relativity, quantum mechanics, and everything else we know about physics, and that, when we figure out the right variables to plug into it, we’ll have a model of our universe. In other words, he’s working on a theory of everything, and because it’s 2020, he’s been livestreaming his ideas on Twitch.

Wolfram’s announcement is tangential to PC gaming at best, but his ideas are fun to think about for anyone interested in computing, so what the heck: We can enjoy a tangent now and then, as a treat.

At the core of Wolfram’s proposal is the fact that when you apply a simple set of rules to a system over and over again, very interesting things can emerge. For example, in the Game of Life (created by mathematician John Horton Conway, who sadly died last week after contracting the coronavirus), just a few simple rules about how cells on a grid behave can, with the correct starting state, produce ‘creatures’ that move around or compute anything a Turing machine can.

Wolfram theorizes that the structure of the universe, as well as everything ‘in’ it, also emerges from a simple underlying rule that’s being applied again and again. He’s not saying that the universe is a computer (ie, that it was “built”), but he is saying that it’s computational in nature. This isn’t new to his thinking, but with the help of students Jonathan Gorard and Max Piskunov, he’s pushed the theory further than ever before, and says he did not expect to get such good theoretical results.

“We reproduced, more elegantly, what I had done in the 1990s,” writes Wolfram. “And from tiny, structureless rules out were coming space, time, relativity, gravity and hints of quantum mechanics.”

In other words, the laws of physics as we know them emerged from the repetition of simple rules, without those laws being ‘coded into’ the simulation. The actual rules simply dictate how abstract relationships between abstract points change and grow. With the right rule, Wolfram argues that we’ll have a model of our universe.

That’s the ultra-simplified explanation, at least—Wolfram and his colleagues have released hundreds of pages on their theory. if you’re interested, start with Wolfram’s introductory post, which is aimed at non-mathematicians (though understanding the basic ideas of general relativity and quantum field theory helps).

Wolfram’s ideas are interesting to me, a person who doesn’t have a PhD in mathematics or physics, but as you might have guessed, Twitch streams are not the traditional avenue for theoretical discourse. “Many traditional physicists will regard [Wolfram’s project] as folly,” writes Wired. That doesn’t necessarily mean his ideas are wrong, but whether or not they’re groundbreaking or even meaningful is yet to be determined. To be truly exciting, the theory will have to predict something that can be tested, and for now, that’s just a hope.

For more on Wolfram and crew’s ideas head to wolframphysics.org. Wired also has an interview with Wolfram and his collaborators.

The team is hoping that amateur physicists are interested in helping, such as by running bigger simulations and creating virtual reality visualizers of universe models. If absolutely nothing else, the project will result in some pretty cool wireframe art.