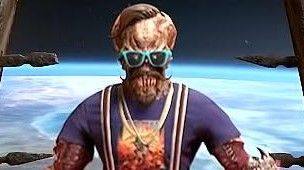 …we regret to inform you that Doom Eternal now has kernel mode anti-cheat.

Yes, the latest game to milkshake duck itself with anti-cheat is Doom Eternal. The game’s first patch has rolled out Denuvo Anti-Cheat, a new product from developers of the (in)famous Denuvo Anti-Tamper. Players’ responses have been swift and furious. Doom Eternal has some 3,700 negative reviews on Steam since the patch compared to just over 4,000 since its release in late March—and the negative count is rising by the hour.

It’s definitely a review bomb in the most literal sense, though it’s not clear at this point that a concerted campaign is behind this effort. Since Denuvo Anti-Tamper’s addition to Doom Eternal, players on forums like Reddit—and in the negative Steam reviews—have reported decreased performance or an unplayable game. For its part, Denuvo Anti-Cheat maker Irdeto says the software is GDPR-compliant and doesn’t collect any personally identifiable information.

It’s much more likely that these negative reviews are an outgrowth of the similar frustration surrounding the Vanguard anti-cheat Riot Games deployed to the beta of shooter Valorant. Popular sentiment in games has recently turned against kernel-mode software as anti-cheat, considering it too powerful and intrusive for that purpose. Players of Valorant have reported problems with the anti-cheat as well, including interference with software used to regular system temperature.

For a more in-depth explanation of what kernel mode anti-cheat is, why it matters, and why people are really mad, go check out our explanation of Valorant’s anti-cheat. It also conveniently explains why I, personally, will never install a game with this form of software.