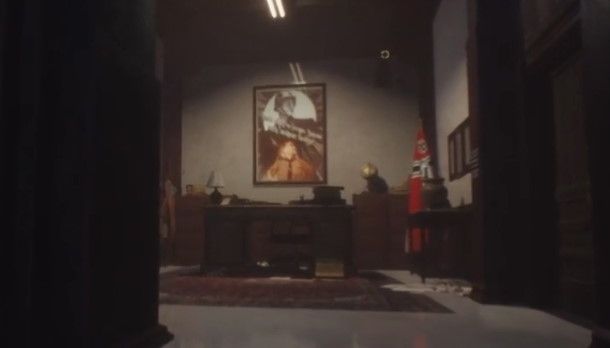 Paradise Lost is an alternate-history first-person adventure game, set in a 1960s in which Nazi Germany hasn’t lost the Second World War. It’s about to, though, until it unleashes its nuclear arsenal on the advancing Soviet armies, turning all of Europe into an uninhabitable wasteland.

Unknown to the rest of the world, the Nazis were prepared for this, having created a series of fortified bunkers where the Aryan race could wait out the nuclear winter, and then emerge to claim victory. But something went wrong inside a bunker on the outskirts of Krakow, Poland—which is where you find yourself 20 years later, as a 12-year-old boy driven by personal tragedy to seek answers amidst its vast underground chambers.

Adventure games tend to be very linear affairs, but developer PolyAmorous says that Paradise Lost will change depending on the choices you make while you play. “Discover the past, shape the present,” the Steam page says. “Decisions you make while learning the history of the bunker will affect what you will see on your journey.”

It’s tough to get a good bead on Paradise Lost at this point, but I’m cautiously optimistic. I love a good videogame story, and all my favorite post-apocalypses are in Eastern Europe. Paradise Lost is slated to arrive on Steam later this year.