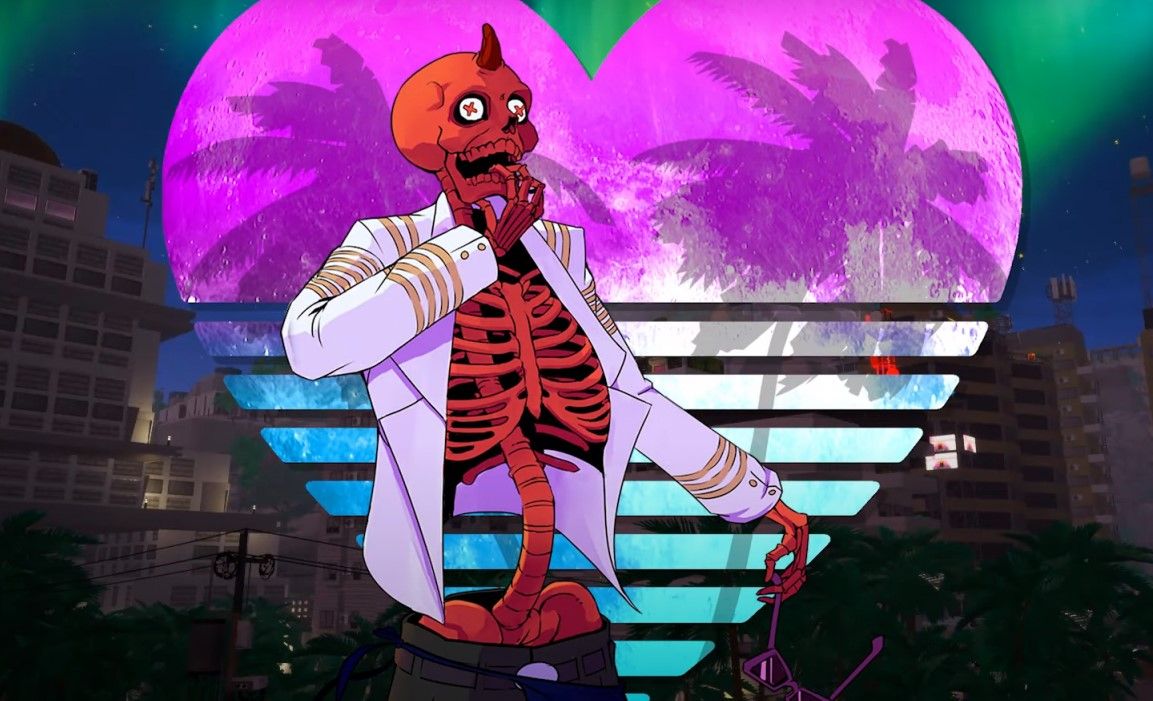 The trailer for Paradise Killer from the PC Gaming Show says a lot in 30 seconds. It says that your protagonist is “investigation freak Lady Love Dies.” It says this is the kind of game that will let you talk to a suave skeleton. It says “Paradise was killed,” but it also says “When love dies, all that remains are the facts.”

Who has actually died? Was it a metaphorical death? These things it doesn’t answer, but the tone says pretty clearly that that ambiguity is the point.

We wrote a little about Paradise Killer back in April, when its demo was part of LudoNarraCon. Its story sounds pretty wild, but the gist is this is a first-person exploration game in a 3D world—Paradise Island—that you can explore as you wish to assemble clues and interview suspects. Those suspects show up as illustrations, visual novel-style, which is a neat mix. Exploration will be more open-ended than the usual visual novel, but conversations can still highlight some very pretty (and ridiculous) character designs.

It’s not exactly a conventional murder mystery, or at least your path to conviction won’t be. Some key quotes from the Steam page, in no particular order:

“Paradise is an island that regenerates every few millennia. The psychic power that the alien worshipers within release into the universe is meant to feed and eventually resurrect their fallen deities.”

“The ‘truth’ is that there are many possible killers, and many ways to build a case. Even if you make a convincing case for prosecution and get someone convicted, is the mystery really solved?”

No word on when Paradise Killer will be out, but the Steam page does say “Get ready to breathe life back into Paradise.”