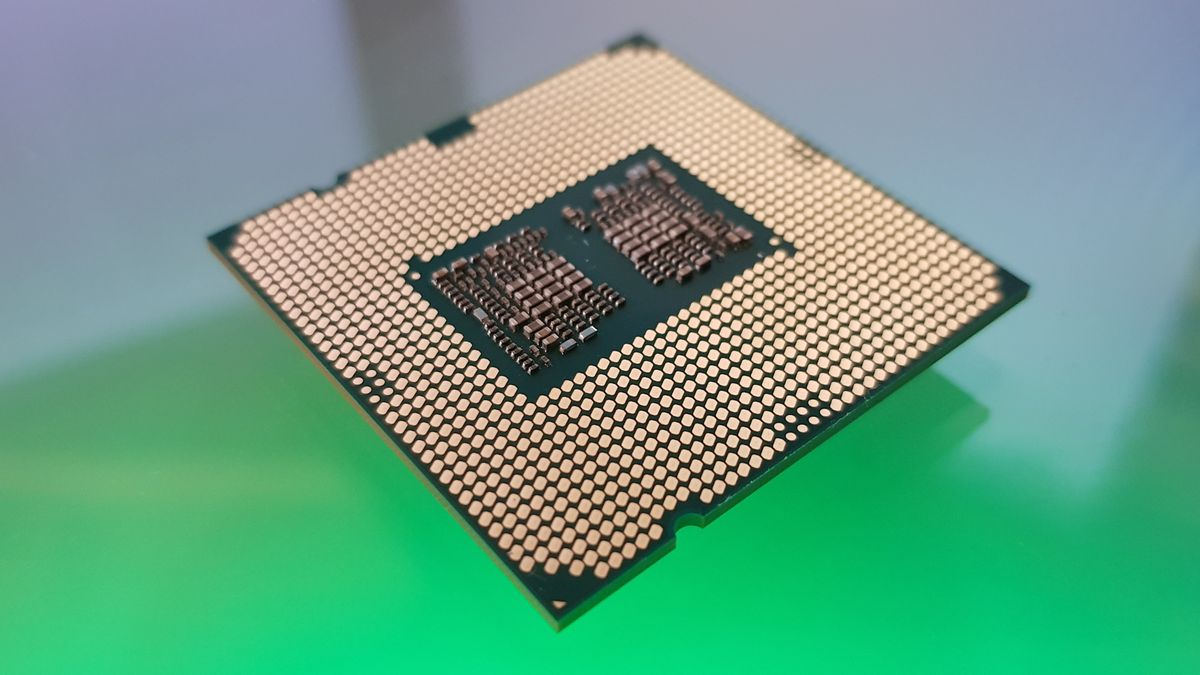 We overclocked our Intel Core i9 10900K CPU to 5.3GHz on all cores and it drew a massive 331W of power at peak. That’s the processor alone, by the way, not the total platform power draw of our testing rig. That’s almost two Xbox One X consoles running at max just to run the new Intel CPU.

In the words of an incredulous Gordon Ramsey, damn.

Today marks the lifting of the performance lid on the new 10th Gen Intel Comet Lake processors, and our Core i9 10900K review has just gone live. It’s an impressive gaming CPU, the world’s fastest in fact, but we have some questions about what that title is worth given the fact your graphics card has more impact on gaming performance the instant you go above 1080p.

But it’s also a rather power-hungry CPU when it’s running at peak. Out of the box, with all ten cores and 20 processing threads at 100% performance, and at its turbo boost of 4.9GHz it will draw almost 200W. In itself, that’s pretty demanding. But when you’re gaming, and it’s not running every core to its fullest—bouncing around 5.2GHz and very occasionally 5.3GHz—it actually runs impressively cool at 58C and draws 128W.

Overclock the whole chip, however, and things don’t look so rosy. Using the new, improved Intel Extreme Tuning Utility (XTU), with the unfeasibly expensive Asus ROG Maximus XII Extreme Z490 board (£860!?), we were able to hit a stable all-core clock speed of 5.3GHz. To keep the CPU below 90C, even with the NZXT Kraken Z63 chip-chiller cooling its socks off, I had to use the new voltage/frequency curve adjustments in the app.

Under-volting the i9 10900K meant the 5.3GHz overclock was solid and didn’t top the 90C mark, sticking around the mid to high 80s instead of blazing as hot as the sun and throttling performance.

At that speed its CPU benchmark scores take a big performance leap… and the gaming frame rates dip. I’m not a serious overclocking expert, but that seems weird. But then gaming performance is not what overclocking’s about, right? It’s about hitting meaningless numbers on a test screen you can submit to HWBot.

Anyways, ignoring the actual fps or benchmark results, it’s the power draw that had my jaw firmly pasted to the floor. Seriously, 331W is way more than I’ve seen as the peak platform power draw of a high-end system running games with an RTX 2080 Super. That’s a full system, not just a single component.

I know this chip will only hit those peaks during an overclocked run of a test which will tax all the cores on your processor, but it does mean that if you wanted to push it for video rendering or 3D work then be prepared for some hot and hungry CPU action. To be fair, if you’re after a chip for video rendering or 3D work I’d probably recommend the $120 cheaper AMD Ryzen 9 3900X with its 12 cores and 24 threads.

You don’t need to overclock that one to beat a 10900K in productivity stuff.

So, despite the flagship Intel Comet Lake CPU overclocking pretty damned well, I’d say you shouldn’t bother. It doesn’t seem to do a lot for gaming, and it certainly isn’t doing a lot for the planet either.

That’s not to say Comet Lake as a whole shouldn’t be overclocked… I have had some fun with the Core i5 10600K, with that little beast running with all six cores and 12 threads at 5GHz you get gaming performance mighty close to the 10900K. And that’s the world’s fastest gaming CPU, dontcha know.