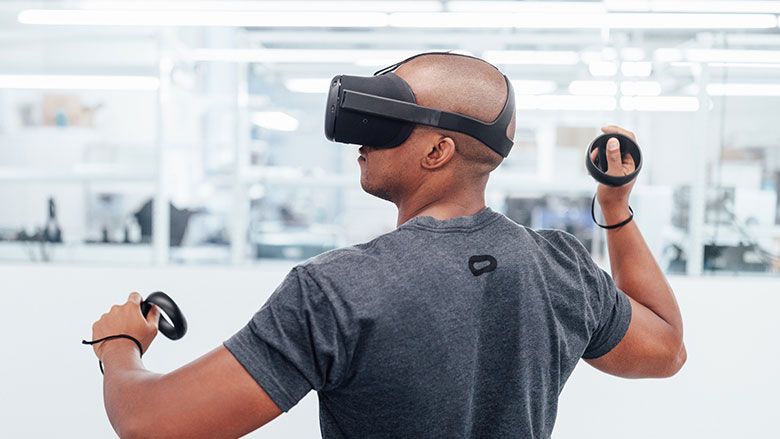 Firmware released for the Oculus Quest highlight some upgrades that could be headed to the upcoming Oculus ‘Jedi’ controllers, including improved motion tracking and haptic feedback.

These next-gen controllers will be the third iteration of the Oculus Touch. After debuting in 2015 with a ‘Half Moon’ design, Oculus issued a revised model last year, which saw the IR tracking rings relocated to the top. The first-gen controllers had the rings going underneath your hand.

The Jedi controllers, however, represent a more substantive upgrade in functionality, if the features in the firmware pan out. As spotted by Gerald McAlister of RGB Schemes and analyzed by UploadVR, there are some specific and noteworthy changes mentioned in the firmware.

The Jedi controllers effectively double the number of times per second they detect and relay positional data. In theory, this could allow the controllers to be picked up much quicker by the headset when the they go out of view and come back in.

Other potential improvements come by way of the firmware referencing a new inertial measurement unit (IMU) chip, labeled as a TDK ICM-426 series part. Compared to the IMU found in the current controllers, the chip inside the Jedi controllers sports an accelerometer with a more than five times reduction in noise, or interference, and a gyroscope that boasts a two times reduction in noise.

These improvements could benefit users when performing fast movements, including ones that move the controllers out of view of the cameras.

We’ll have to wait and see if all these upgrades actually come to fruition. The other question is, will the Jedi controllers work with the Quest? The references in the firmware hint that they will, assuming they were not included accidentally.