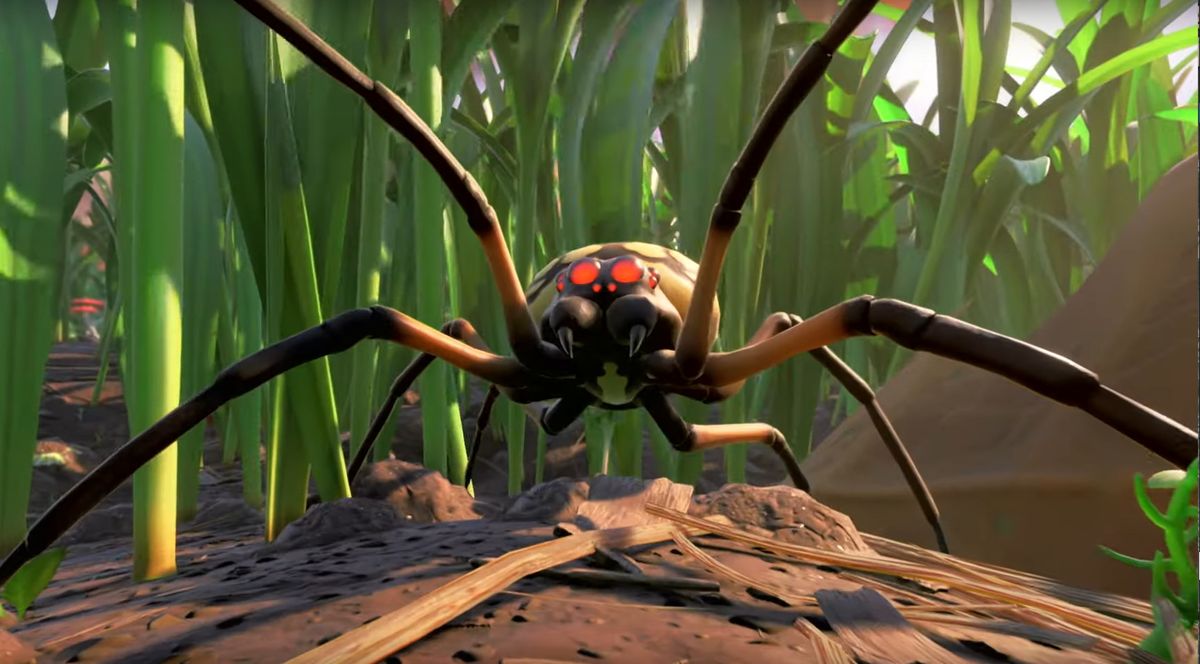 Grounded is a survival game being developed by Obsidian Entertainment in which children, shrunk to a very tiny size, try to survive in their suddenly very large and dangerous back yard. But aside from that basic setup—honey, I shrunk the kids, and now they’re in danger of being eaten by ants—we really haven’t had much insight into what’s going on, or when (aside from a very vague “spring 2020”) it will be out.

That changed during today’s Inside Xbox livestream, with the release of a new story trailer that strongly suggests there’s more going on here than was initially apparent—no small feat when you consider that we’re talking about miniaturized children facing a very real risk of grisly doom. Those basics are still in place—the children have been shrunk, the shrinkerator is broken, there’s a big bug problem—but there’s also a nervous robot who’s involved somewhere, and some structures and facilities that very clearly are not normal backyard fare.

We said in February that Grounded will lead into a definite conclusion reminiscent of Subnautica’s narrative arc, and this trailer really reminds me of that game too: A fairly standard survival experience—make tools, build a base, kill stuff—in an exotic locale that takes a sudden surprise twist once the wheels start turning.

While Grounded will follow a path from start to finish, Wes said in his hands-on preview in 2019 that it won’t be a strictly linear experience. There’s some progression-based tool and ability gatekeeping, but “there aren’t narrative choices in the traditional sense,” nor is there an RPG-style progression system: Instead, your character will develop based solely on how you play the game.

Ground is set to debut on Steam Early Access, Xbox Game Preview, and Xbox Game Pass for PC on July 28. More information is up at obsidian.net.