Obliterate the human race for the first time on PC with the free Destroy All Humans! demo 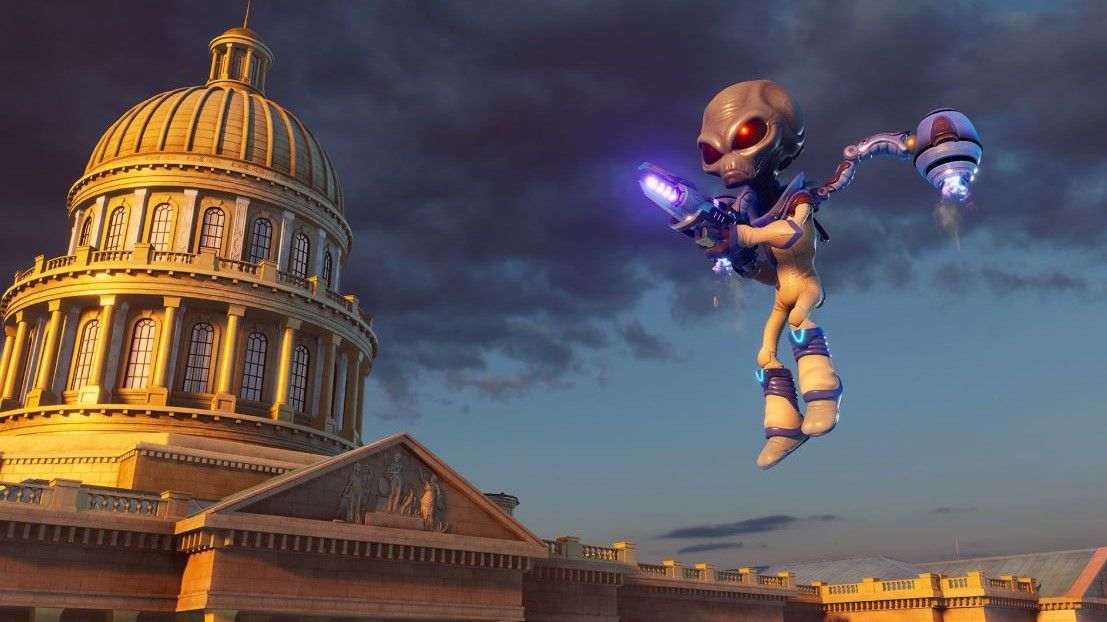 A demo for the PC release of Destroy All Humans! is available to download and play for free over on GOG. It shows the opening cinematic and introductory mission for the full game, which is set to release on July 28. Destroy All Humans! was originally a console exclusive back in 2005 and this demo is the first time that the alien action-comedy remake is available on PC.

The demo plays out exactly like the first mission from the original game. As an alien, it’s your first time on Earth and you’ve crash-landed in a field full of cows. After the realisation that these uddered beings are not, in fact, humans, you explore the rest of the barn, pulverizing shotgun-wielding farmers as you go. The situation escalates and the army gets called in, but they’re no match for your spaceship’s blaster.

It has all the features of the first game, abducting humans, using your psychokinesis to launch cows into the atmosphere, and causing general chaos. It’s had a graphical rehaul but the hammy voice acting and early ’00s humour are just the same—it feels like a faithful remake.

If you want a burst of nostalgia or just get a kick out of world domination, head on over to GOG to download the demo. You can preorder Destroy All Humans! over on the game’s official website, through GOG, or Steam for $30/£25.