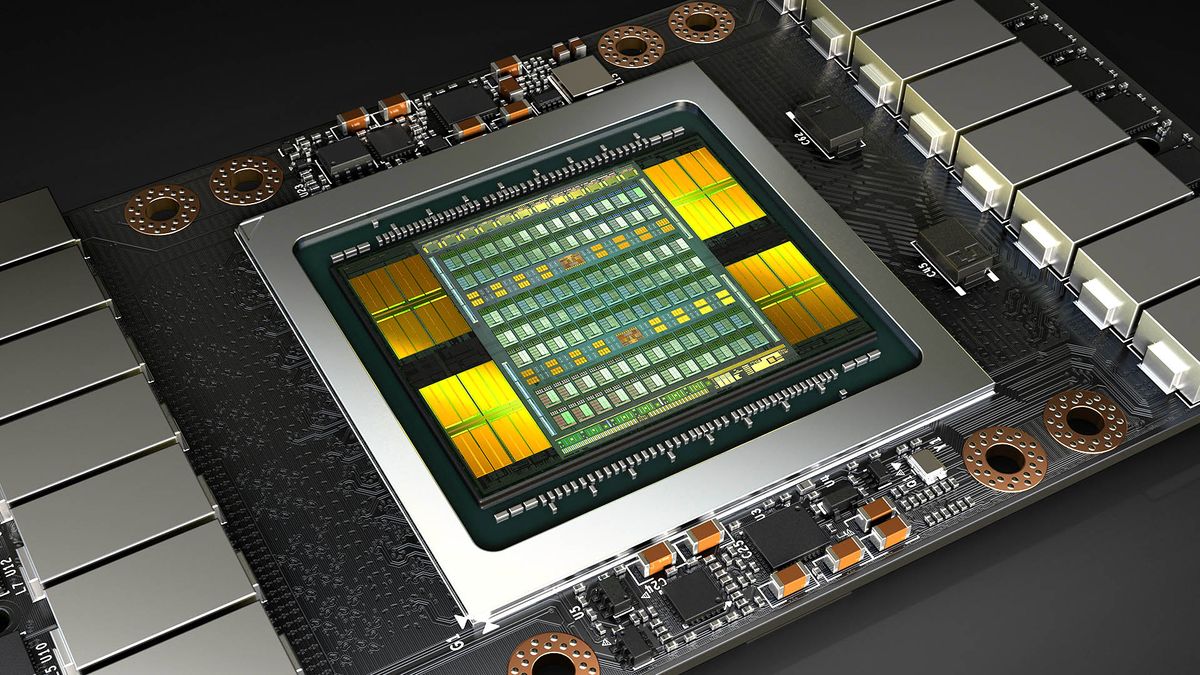 An unknown and never before seen Nvidia graphics card has appeared in an online database. The server GPU, brandishing the PG506 codename, appears to be a next-generation NVLink-compatible graphics module—the likely successor to the Volta V100—and our best lead so far as to the release of the so-called ‘Ampere’ architecture… unless Nvidia’s just iterating on Volta again in the server space.

All we’ve available to us in the way of specifications is the model name ‘PG506’, registered today, April 7, 2020, along with a brief description that reads: “Server Graphics Module”. That code is telling of this card’s purpose, however, as it continues on from the PG502 Volta accelerator announced back in May 2017 at GTC and released later that same year.

The PG500 was the PCIe based version of the Tesla V100, and the first to actually look like a traditional graphics card before the Titan V got released in December.

The PG504 was the latest of the same string of server GPU modules to be released: a 32GB version of the V100 that was announced back in March 2018, once again at GTC.

All of the different GPU codenames were registered on the Korean National Radio Research Agency prior to availability—the PG504 was registered in July and released five months later in December.

Hence why today’s listing of a PG506 is so telling, it preempts a wider release of a new server GPU this year.

Such a card would, should it follow the expected Ampere codename, garner the shorthand of ‘A100’, but don’t quote us on that. For one, we’re not entirely convinced ourselves that the Ampere codename is destined for Nvidia’s next-gen architecture, that’s just the general scuttlebutt about town. Though the Ampere codename—after physicist André-Marie Ampère—remains the bookie’s favourite for the time being.

The next-generation server architecture was heavily rumoured to be making its first appearance at Nvidia’s Graphics Technology Conference in San Jose this year, likely in the hands of Jen-Hsun Huang at the CEO’s keynote. However, GTC was shifted online and Nvidia’s major announcements postponed, leaving us in the dark a little longer.

The original plan then, as widely suspected, was to release a new server card at GTC 2020. This card would likely utilise the high-bandwidth NVLink connection via a server baseboard, the likes of which we’ve also spotted on the RRA under the codename ‘P4597’ today.

These codes don’t necessarily confirm an architectural change with the PG506. Yet another refresh of Volta would feel a little dour after some three years in the hot seat

But is all this portent of a GeForce graphics card release? No, not really. Past launches aren’t much to go on—Volta and Turing were a year apart—and today’s announcement only confirms the server NVLink-compatible part, not a PCIe GPU we’d require for our gaming PCs.

You see, Nvidia forked its GeForce and server parts back with Volta, instead choosing to lean on the Turing architecture in the RTX 20-series to carry to gaming torch once Pascal was waning in popularity and power. It’s been suspected that the same thing would occur this time around, with an announcement from Nvidia—now a server-first company—in the data centre prior to a GeForce release.

So this doesn’t necessarily detail an imminent change in the best graphics card lineup, although Nvidia is suspected to make good on rumours of a new GeForce graphics card generation to fend off AMD’s RDNA 2.0 graphics card towards the end of the year.