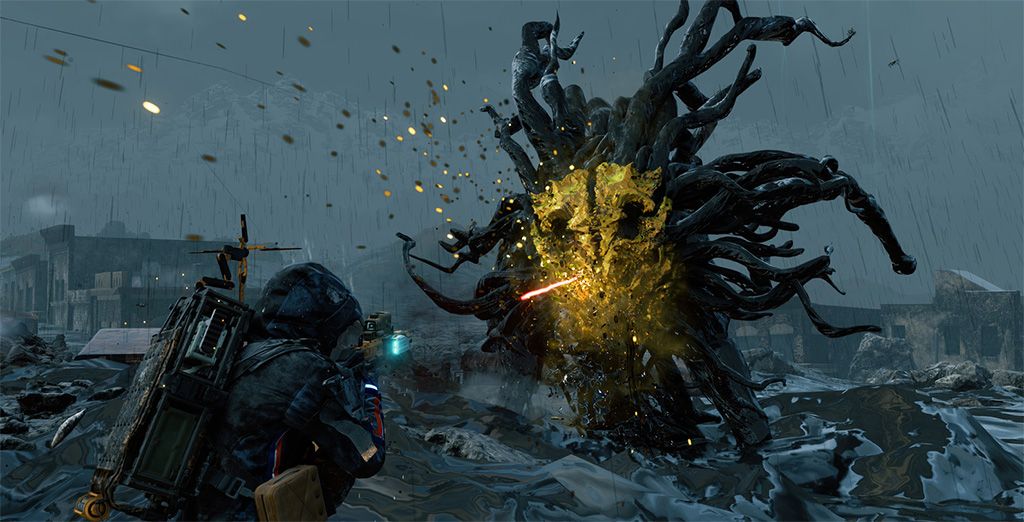 Nvidia has made available an optional ‘hotfix’ GPU driver update that addresses several bugs, including one that is causing texture corruption in Death Stranding when playing with a GeForce RTX 20 series or GeForce GTX 16 series graphics card.

The hotfix is based on its latest 451.67 driver update, which Nvidia rolled out a few weeks ago. That driver release brought ‘Game Ready’ optimizations for Death Stranding, Horizon: Zero Dawn, and F1 2020.

Every bug fix included in the new 451.85 hotfix will be included in Nvidia’s next regular driver update, though it’s not clear when exactly it will be available. If you don’t want to wait, and are experiencing issues, it’s worth giving the hotfix a try.

The hotfix addresses these specific bugs:

In reference to the Shadow of the Tomb Raider fix, hardware-accelerated GPU scheduling is a feature Microsoft introduced with the May 2020 update for Windows 10. The short of it is, this passes memory management control from the CPU to the GPU, and has the potential to improve performance. Apparently it can cause issues, too.

The 451.85 hotfix is not something that will show up in the GeForce Experience software. However, you can grab the hotfix direct from Nvidia and install it manually.