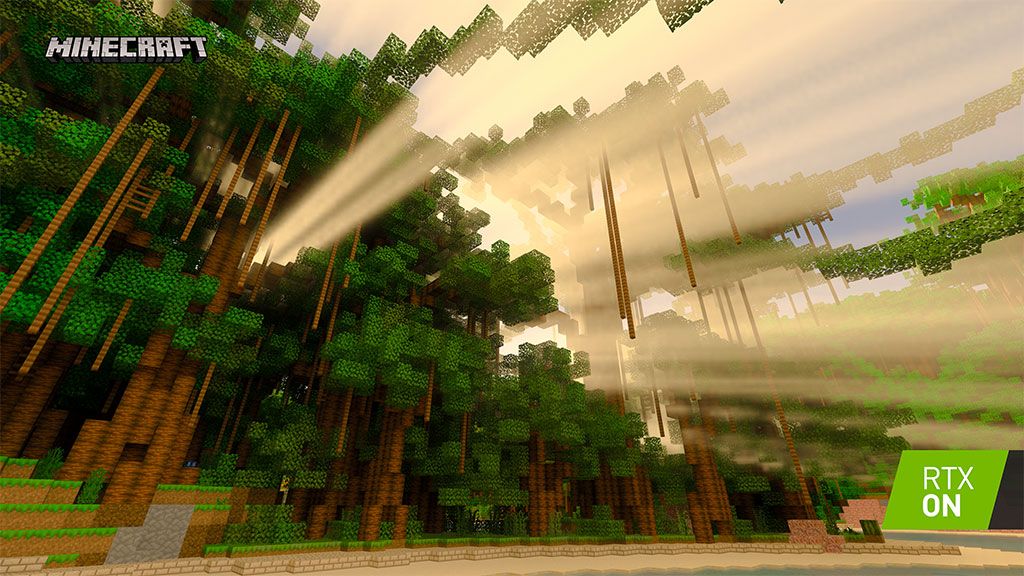 Nvidia is pushing out a new ‘Game Ready’ graphics driver for GeForce GPUs, and with it comes the latest performance optimizations, profiles, and bug fixes for the Minecraft with RTX beta that launches tomorrow.

In case you missed Jacob’s write-up on the upcoming real-time ray tracing update headed to Minecraft, the gist of it is, prettier graphics are en route. The update will completely overhaul Minecraft with a path tracer. This means the graphics will be spiced up with more realistic shadows, reflections, global illumination, and more.

It remains to be seen how well Minecraft with RTX will run across RTX 20-series cards, and we’re not holding out much hope for Pascal and Turing-based GeForce GTX cards, which technically support ray tracing (via DXR), too. Either way, the new 445.87 WHQL driver is what you’ll want if you plan to play the game.

Outside of Minecraft, Nvidia says its latest driver is also optimized for Call of Duty: Modern Warfare 2 Campaign Remastered, Saints Row: The Third Remastered, and SnowRunner.

Nvidia added more certified G-Sync Compatible monitors to the fold with this driver release as well. The newest additions include Acer’s XB273GP and XB323U, and the Asus V27B.

There are a small number of bug fixes as well, one of which addresses a flickering issue in Doom Eternal. Here’s the full list:

You can download the latest driver through GeForce Experience, or grab it directly from Nvidia’s website. Also check out our guide on how to update drivers for tips on best practices.