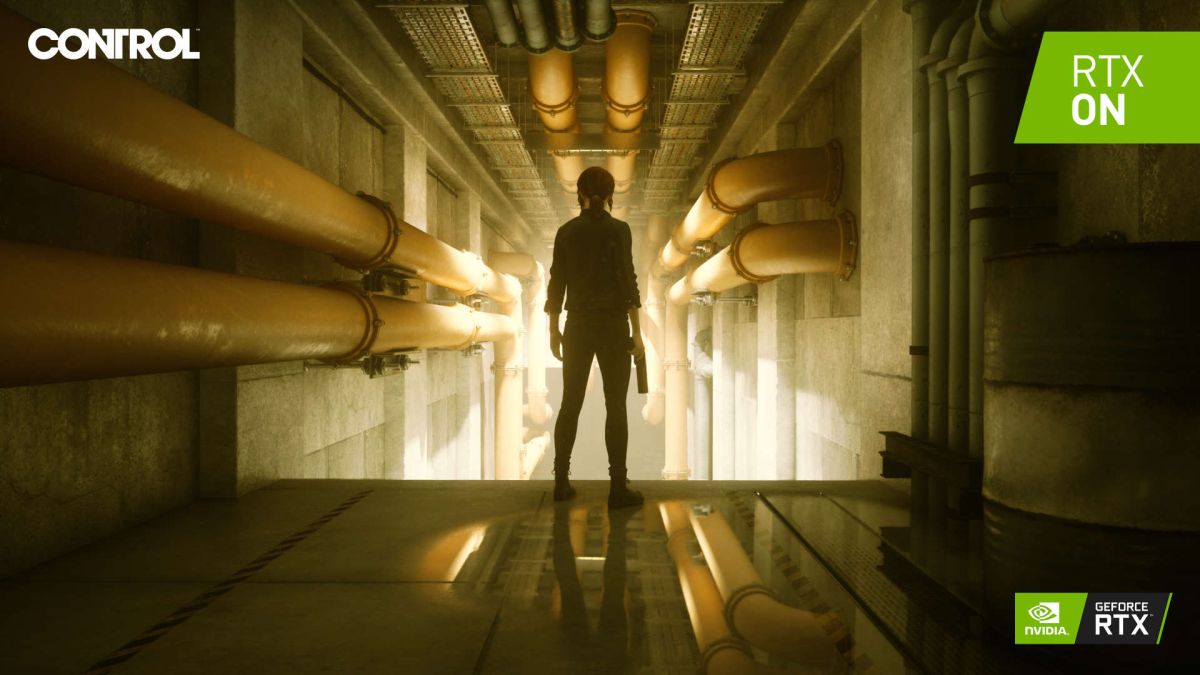 Nvidia has staunched the flow of game streaming blood pouring from its GeForce Now library and is actually starting to add games back into its streaming catalogue, starting with Control and featuring ray tracing support for Founders members.

Remedy’s Control was one of the big misses when Nvidia announced that it would be bringing its RTX servers online for the GeForce Now game streaming service. For my money it’s the most impressive implementation of the Microsoft DXR-powered ray tracing pretties outside of the upcoming Minecraft update, and seemed like the obvious title to have in the GFN library if Nvidia wanted to show off its wares.

Couple that with the fact that it’s one of the big Epic Games Store exclusives it seemed doubly weird to not have Control on Nvidia’s streaming service after Tim Sweeney claimed Epic was “wholeheartedly supporting” it.

That miss has been remedied now and Control has been added into the GeForce Now catalogue, giving you access so long as you have the game available on your Epic Games Store account. And if you’re a Founders member, and managed to get in before they sold out in Europe, then you get access to all the ray tracing beauty of The Oldest House and its super shiny floors.

Nvidia’s even working to bring the expansion, The Foundation, to the service too. But honestly, we’re not sure they should bother…

You will need to jump in and manually adjust the in-game settings to enable ray tracing, however, and make sure you select the DirectX 12 version. Yeah, it’s not the most obvious thing given the general simplicity that you’d expect from a plug-and-play streaming service. But hey this is essentially just PC gaming in the cloud, with all the complexity, joy, and pain that can offer.

It’s not the only new game being added this week as GeForce Now is also getting Arma 2: Operation Arrowhead, Danganronpa: Trigger Happy Havoc, Dungeons 3, Headsnatchers, IL-2 Sturmovik: Battle of Stalingrad, Jagged Alliance 2 – Wildfire, and The Guild 3 slipped into the library too.

Nvidia has pledged to align most of its releases to Thursdays, so keep an eye out each week to see what goodies GeForce Now is adding in the future.

After all the games pulled by the likes of Activision Blizzard, Bethesda, and 2K, it’s good to finally see games going back on to the service. I’m a big fan of GeForce Now and as the only game streaming service around I don’t want to see it fail.

Wait, what? Google Stadia is still going? Well, I never…