Nvidia is bundling a 5 year-old game with RTX cards, but no-one should upgrade today 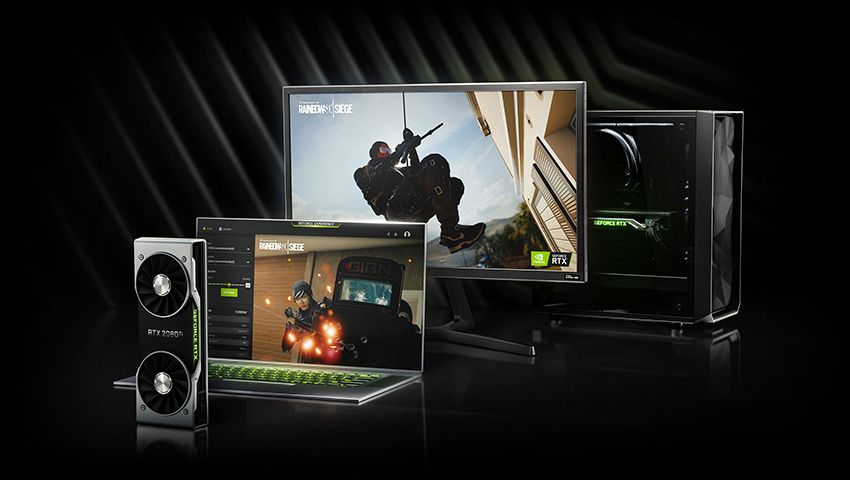 Now is the not the greatest time to purchase a graphics card, but if you simply can’t hold off any longer, you might as well get something extra for your money. Enter Nvidia’s new bundle promotion—purchase a qualifying GeForce RTX graphics card and a receive copy of Tom Clancy’s Rainbow Six Siege Gold Edition for no additional cost.

It’s not the most enticing offer in the world, but it’s not nothing, either. The nearly five-year-old title remains a popular shooter. That’s in part because of continued support from Ubisoft, including the recent ‘Year 5’ season pass (included with the Gold Edition). And in the realm of esports, older games often find longer legs.

Nvidia is calling this the “Frames Win Games” bundle. It’s based on the pitch that every GeForce RTX graphics card is capable of maintaining 144 fps or higher at 1080p at high settings, based on a test configuration built around a Core i9 9900K CPU.

“Playing at high fps unlocks your full potential, which is why Nvidia recommends running at least a GeForce RTX 2060 for competitive gameplay, to consistently deliver 144+ fps,” Nvidia says.

Fair enough, though all the marketing in the world doesn’t negate the fact that new GPUs are on the horizon, both from the new Nvidia Ampere and AMD RDNA 2 cards. If you can hold off upgrading, you certainly should, to see how the next-gen GPUs shake out, and what effect they have on pricing for current-gen cards.

Intel is also planning to launch its first discrete GPU of the modern era this year (its first since Larrabee), though the initial Intel Xe launch is expected to be a lower power part, potentially only in mobile form, and not anything that will challenge Nvidia or AMD at the high end. But hey, anything can happen.

This bundle is not a complicated one. Qualifying GPUs include the GeForce RTX 2060, 2060 Super, 2070, 2070 Super, 2080, 2080 Super, and 2080 Ti. In other words, the entire GeForce RTX series (but not any of the GeForce GTX models, Turing or otherwise). It also covers the same GPUs that come equipped in prebuilt desktops and laptops.

You have to buy from a participating vendor, of course. Also be sure to check out the terms and conditions for pertinent fine print, and the redemption FAQ.